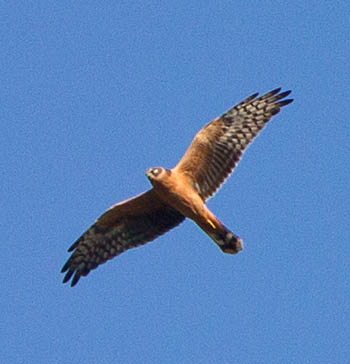 Summary from artsobservasoner.no, ringing data and other written sources for Auguston Utsira.

General: coverage and weather:
Good and warm month with temperatures 2 to 3 degrees over average temperature. Highest temperature was 22.6 deg C on the 2nd. Two significant periods of weather: 30mm of rain during 24 hours on the 6th-7th, whilst 16th-17th experienced 24-25mm, resulting in good passage numbers of waders and seabirds. Moderate winds from the west also resulted in good seabird movement on the 18th and 19th. High pressure and south east winds from the 22nd produced good conditions for raptors and passerines. 110 species were recorded on Utsira in August.

Raptors:
August is generally one of the better months for raptors. A White-tailed Eagle was noted after an absence in July, with two birds from the 25th. Kestrel and Sparrowhawk were noted from the 5th and 22nd, with maximums of 27 individuals on the 23rd and 23 individuals on the 24th respectively. An Osprey on the 24th and a juvenile Pallid Harrier on the 25th-26th were the raptor highlights for the month.

Seabirds and waders:
Good conditions with westerly winds at the beginning and middle of the month resulted in impressive seabird totals. Manx Shearwater were reported with maximums of 12 (4th), 8 (18th), 9 (19th) and 6 (31st). Sooty Shearwater recorded maximums of 18 (19th), 8 (18th) and 8 (31st). Fulmar passage is a good indication for seabird movement. The most productive day was the 18th when up to 2000 moved south west. The best Gannet movements occurred on the 19th when 241 also passed south west. Great Skua was also recorded in large numbers when on the 18th 61 passed Pedleneset and 18 passed Jupevikshaugen. Arctic Skua were noted with a maximum of 4 on the 31st. Red-throated Diver was noted on only two days, with a maximum of two individuals on the 10th.

Experience has shown the rewards of regular wader counting on Spannholmane and Lausingen. This year was no exception! The first visit on the 9th resulted in a ‘first’ for Utsira in the form of a Pectoral Sandpiper on Spannholmane, along with 2 Little Stint and a Temminck’s Stint on Lausingen. The 25th was the most productive day on Spannholmane with 6 Knot, 6 Little Stint, 30 Redshank and Sanderling, 15 Ringed Plover, 14 Dunlin and 12 Purple Sandpiper. 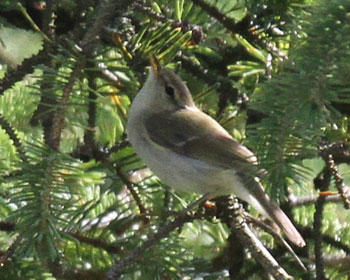 Passerines and others:
No noteworthy large falls in August and no large numbers of passerines in the field with exception of invasion species such as Common Crossbill (25 on the 22nd), Two-barred Crossbill (11 on the 22nd) and Siskin (200 on the 26th). Great-spotted Woodpecker was well represented from the 22nd with a maximum of 15+ on the 25th.
Willow Warbler and Garden Warbler are both usually prominent in August, but were only noted with maximums of 20+ in Merkeskogen. The high pressure which resulted in SE winds from the 22nd resulted in more quality species. The first Greenish Warbler was trapped in the nets on the 23rd with another found in Herberg the later in the day without ring. Both were present the following day and a possible third was seen on the 25th. Two different Red-breasted Flycatchers were seen on the 25th with one present also on the 26th and 27th. A young Rosy Starling was present in the Starling flock on the 25th and 26th.

Ringing:
There were 7 days in the Storm Petrel ringing project resulting in 29 individuals being ringed. Ringing in Merkeskogen took place on 17 days where 682 individuals were ringed of 41 species. The most productive day was the 25th with 128 individuals of which Garden Warbler (48), Willow Warbler (29) and Siskin (9) were the most prominent species. Most noteworthy ringing records were the Greenish Warbler, 3 Two-barred Crossbill and 3 Purple Sandpiper during Storm Petrel ringing on the 10th. Ringing in August was below the previous years total when 23 days of ringing resulted in 1157 individuals of 46 species. 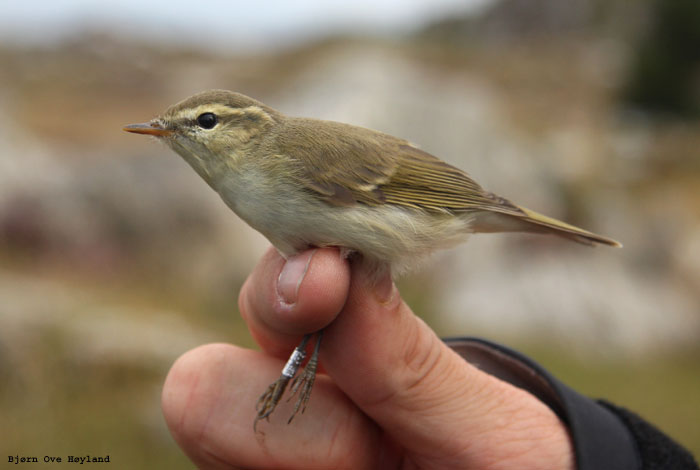 National and local rarities:
The years second ‘first’ for Utsira was the Pectoral Sandpiper on Spannholmane on the 9th. Otherwise the 4th Pallid Harrier, 10th Temminck’s Stint, 24th to 26th Greenish Warblers, and the 28th Rosy Starling were recorded.

Here a few more of this months highlights: 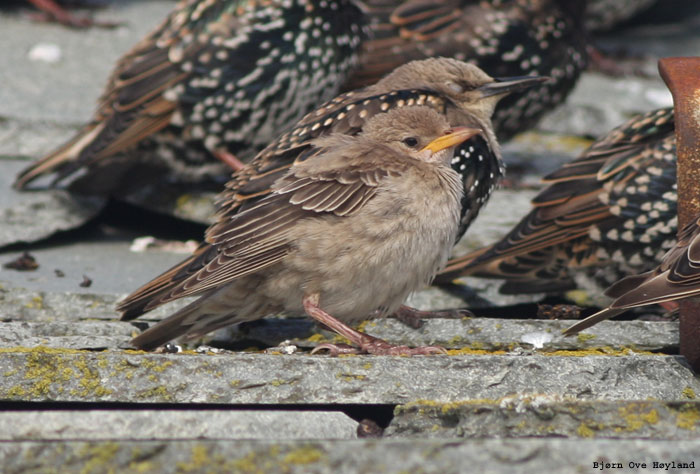 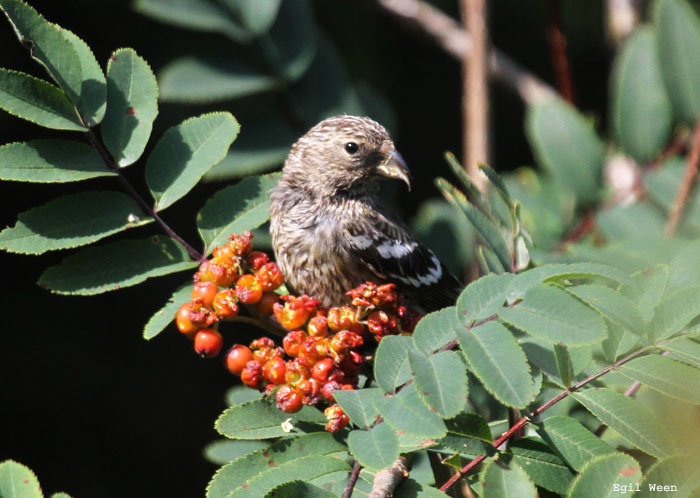