There was a mild start to the year with a whole 8 deg C on 3rd January resulting in overwintering bonus species such as Great Tit, Blue Tit and Coal Tit.
A Great Spotter Woodpecker was present on 5th and 6th and a Black-headed Gull from 1st to 6th.

The first winter record of Slavonian Grebe on the 8th was only the 11th record for Utsira.

January was also a good month for resting seabirds in the form of 2 female Velvet Scoter on the 6th and a male on the 15th to 16th, Red-breasted Merganser pair on the 18th with a passage of Little Auk, Kittewake, Fulmar and Gannet the same day.

Cold and dry from high pressure systems dominated the weather in February. An adult Kumliens Gull was resident in Sørevågen from 7th to 17th February, the highlight of the winter. 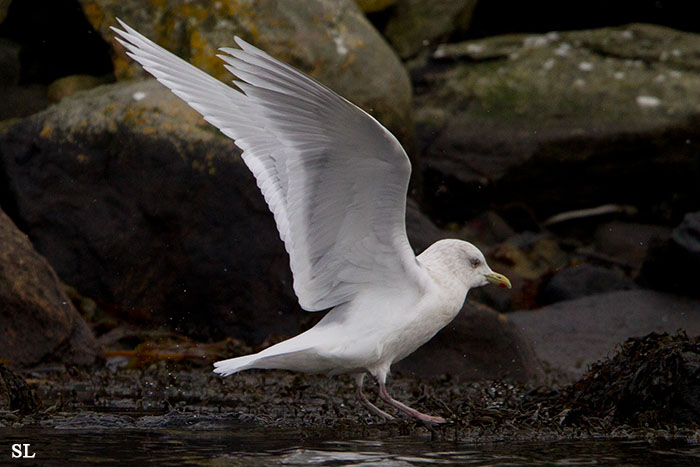 Waxwings were present with 2 at Skare on the 8th, a Great Northern Diver on the 16th and either a Short-eared or Long-eared Owl on 22nd.

The years first Lapwing on the 16th was an indication of the cold and dry weather – previous highest totals for this species is 64 on 22nd February.

A change in the weather on 5th and 16th resulted in the first signs of early migration with counts of 31 and 72 Lapwings on 16th and 17th respectively. Mistle Thush were recorded with a maximum of 4 on 17th, 450 Starling on 17th and 14 Woodpigeon on 5th.

A Canada Goose on 5th set up residency to the months end. Single Chiffchaff on 19th followed the change in the weather. The 16th and 17th produced  good ringing totals of Blackbird with 143 on 16th and 114 on 17th.

New arrivals in the last few days of March consisted of up to 2 Yellowhammer from 25th and Curlew on 31st.

Highlights of March were a male Stonechat on 26th and a Great Northern Diver on 31st. 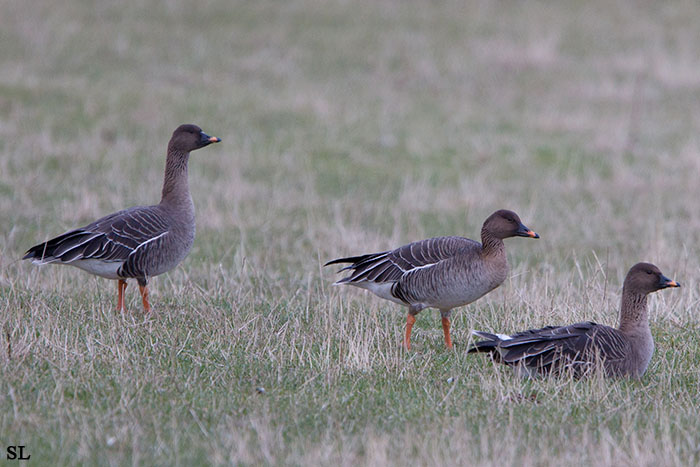 The Latest sightings is this time written by Atle Grimsby. Utsira Bird Observatory would like to thank Geir Mobakken for his great job with these reports over the last three years! (adm.)