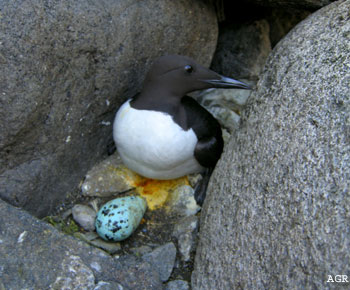 Summary from artsobservasoner.no, ringing data and other written sources for June month on Utsira.

General: coverage and weather:
June began cold with NW winds and birds in the field were those from the end of May. A short period with easterly winds on the 5th was short lived. The cold NW wind dominated until the 11th when late passage was over. The dry and cold wind resulted in only one day with over 16degC, indicative of the months results. A total of 89 species were noted in June. Of these 35 were breeding species and 4 probable breeders.

Raptors:
June in not a month known for raptors, with the exception of the local Peregrine Falcons and White-tailed Eagle. The White-tailed Eagle was last reported on 16th. The young Goshawk from previous months was reported until the 14th and there was an unusual June report of Sparrowhawk.

Shorebirds:
There were few days with good passage conditions and there were generally poor coverage. The 5th was one of the few days with good sea passage with 24 Red-throated Diver a Black-throated Diver and a maximum record of 13 Shelduck as well as 321 Common Scoter. During the past year Spannholmane has held stationary flocks of eclipse Common Scoter (120) and Common Eider (40). The annual count at Spannholme was undertaken on the 16th. There were stable numbers of Common Guillemot, Razorbill and Puffin as well as a slight increase for Shag after the previous years record low numbers. A summary in Norwegian can be found by following this link.

Passerines:
Only 2 singing Common Rosefinch on the 1st and two Marsh Warblers (23rd and 30th) indicate the poor month for passerines. Apart from a Short-eared Owl (1st), Stonechat (3rd) and Short-toed Lark (5th) there was little excitement. The Short-toed Lark was present around Herberg and Nordvik until the 8th. A Hawfinch on the 6th was noted.  Typical invasion species were noted of Common Crossbill from the 14th and Siskin from the 1st with maximum numbers of 25 Common Crossbill and 6 Siskin on the 25th. 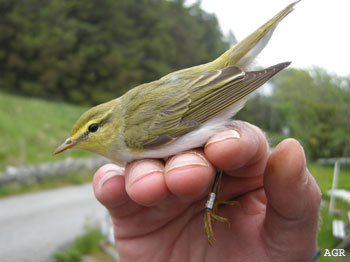 Ringing:
Good coverage in the first week and a total of 13 days of ringing in June. Total of 127 individuals of 28 species ringed. This was a 50% reduction on 2012 when 20 days of ringing resulted in 344 individuals of 20 species being ringed.  Most productive day was 15th with 36 individuals ringed where Starling (16), Common Crossbill (6) and Meadow Pipit (3) were the dominant species. A Wood Warbler on the 8th and a Marsh Warbler on the 23rd were the most notable records. The Common Gull colony was visited on 30th and resulted in 19 youngsters being ringed.

New year species:
Shelduck and Short-toed Lark were the only two new species for 2013, both noted on the 5th.

National and local rarities:
Only one national rarity in June (Short-toed Lark) is exceptional i.e. well below par. Sparrowhawk, the Shelduck flock and Black-throated Diver plus possible breeding  Corncrake were the local rarities. Further information on the Councils support for the Corncrake can be found in this link in Norwegian.

Some photos from Spannholmane (Atle Grimsby): 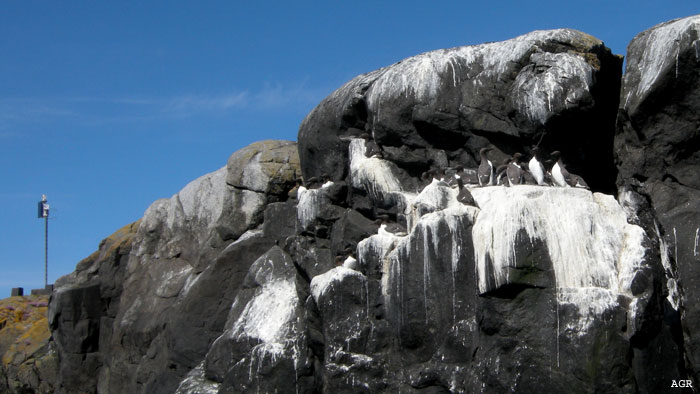 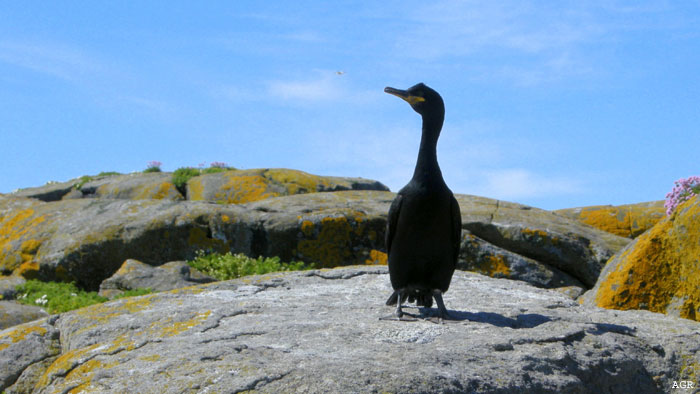