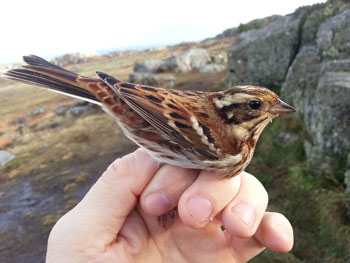 General: coverage and weather:
October is generally the hottest month for rarities with ‘bombeuke’ (bomb week) and good coverage. This October resulted in many Siberian visitors but the major rarity was missing. Temperatures were above average by 0.9 degC. The highest temperature was 14.6 degC on the 13th, the lowest 6.9 degC on the 19th.

The most intense weather came from the south west. The strongest wind was on the 23rd with 22.3 m/s when the highest rainfall was 23.2mm, with further rain on the 24th. Only 146 species were recorded in October, normally the month with the highest species total, was beaten by May and September.

Raptors:
No notable passage during the month. A Hen Harrier was noted daily from the 1st to the 13th with two birds on the 3rd. White-tailed Sea Eagle were observed daily with up to four individuals in the first half.

Peregrine Falcon and Sparrowhawk were noted sporadically through the month while Kestrel and Merlin were noted daily to the 6th/7th. An extremely light Buzzard was present from the 6th to the 9th, whilst a Gyrfalcon was noted on the 13th.

Seabirds and shorebirds:
A few good days with seabird passage including good numbers of Eiders, Leach´s Storm Petrel, Sooty Shearwater, Goldeneye and Great Northern Diver. October begins the period for geese passage, and this year was no exception. A Greater White-fronted Goose flavirostris was present on the 9th and 10th: 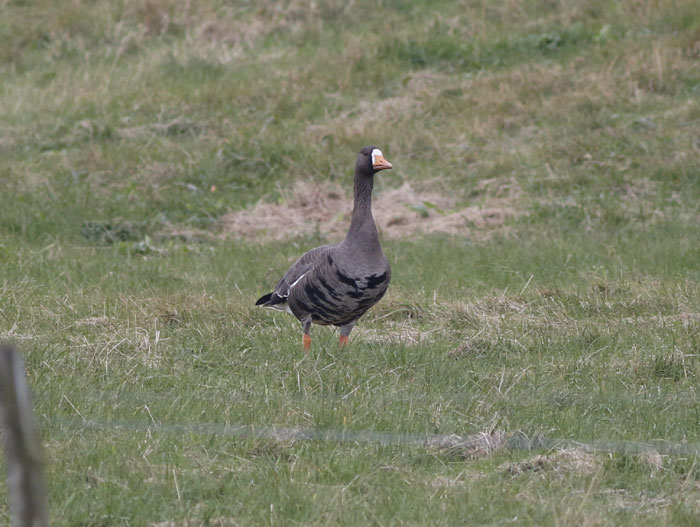 Passerines and others:
In the absence of any ‘megas’ in October a Hoopoe at Dalen between the 11th and 14th was the focus for most photographers. 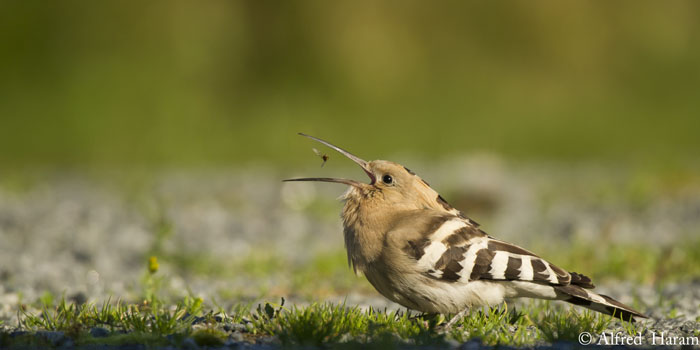 Longstayers included a Red-throated Pipit (3rd to 8th) and a Shorelark at Helganes (2nd to 6th) with 2 individuals on the 2nd. Richards’ Pipit was recorded daily from the 1st to 14th with 2 to 4 individuals and a maximum of 5 on the 5th. A further individual was noted at the months end.

Olive-backed Pipit was represented with individuals in Herbeg (6th) , Svehaug (7th) and Austre Plantning (21st). Waxwings on the 16th increased to a maximum of 17 on the 29th. Apart from a single Black Redstart on the 5th daily observations of 1-2 individuals were noted from the 18th. A Blyth’s Reed Warbler was ringed in Herberg on the 5th and a new bird (without ring) observed in Veito the following day. Here seen close up: 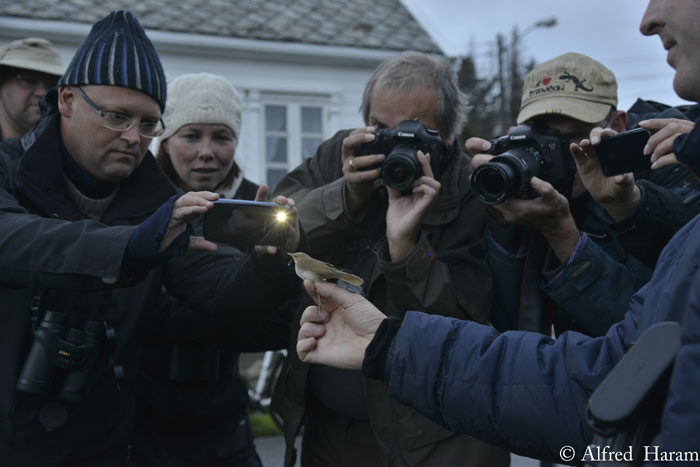 Marsh Warbler is a rare autumn species – the first September record was in 2004, and now the first  October record (there is a disputed record from 1937) with a bird from the 5th to 9th and another on the 14th -15th. Barred Warbler was noted daily from the 2nd to 5th, mainly at Hjemmet and Kvalvik.

Yellow-browed Warblers were noted daily with 1 to 5 individuals between the 1st and 7th, with additional records on the 14th, 19th and 25th. Numbers were sparse considering the numbers this September and previous Octobers. But they are always popular photo objects: 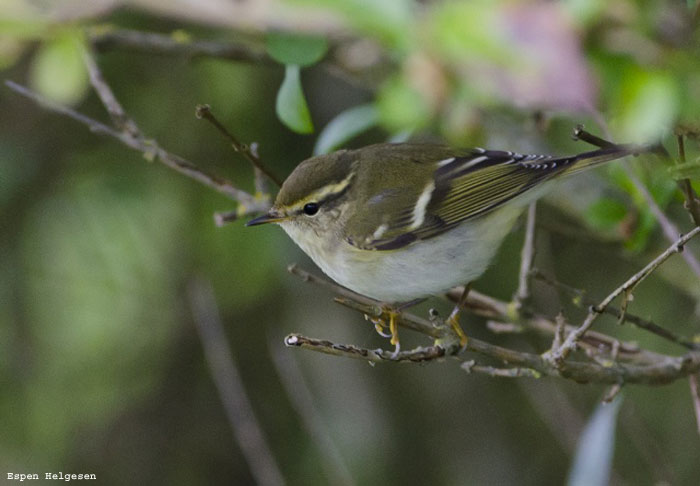 Two-barred Crossbill was noted with between 1 to 4 individuals up until the 19th. Common Crossbills were also present in good numbers throughout the month with a maximum of 100 on the 12th. Parrot Crossbill was recorded on the 1st with 2 and again on the 14th with 7 individuals.

Reed Bunting numbers on the 6th reached 130 with 100 on the 5th, which is a significant increase from the previous maximum record of 70. Little Bunting numbered with up to 4 individuals on the 1st and 5th and recorded regularly up to the 9th. 2 individuals were also noted on the 16th and singles on the 19th and 26th. Rustic Bunting in the ringing nets on the 28th is the latest autumn record ever in Norway. 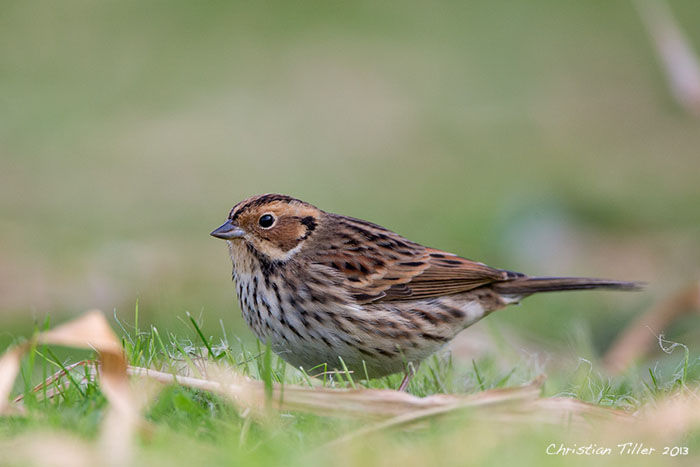 Ringing:
There were 20 days with ringing in October in Merkeskogen. A total of 2409 birds of 44 species were ringed. The most productive day was the 11th with 363 individuals ringed of which Mealy Redpoll (249), Goldcrest (24) and Blackbird (23) with the most numerous species. Most notable ringing for the month were Grey Wagtail (1), Blyth’s Reed Warbler (1), Yellow-browed Warbler (1), Goldfinch (1), Little Bunting (1), Rustic Bunting and Treecreeper (8). The month totals were similar to the previous year with 2754 individuals of 44 species in 26 days of ringing.

Local and National Rarities:
A potential first for Utsira in the form of Brunnich’s Guillemot undocumented by a few observers on the 2nd, the years second and Ustiras 16th Hoopoe. The first October record of Marsh Warbler and a 200% increase in the record number of Reed Bunting. 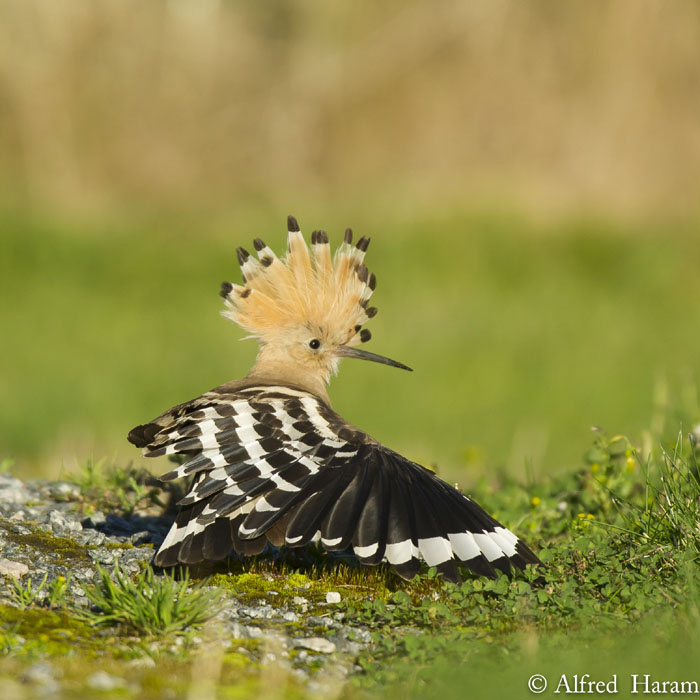 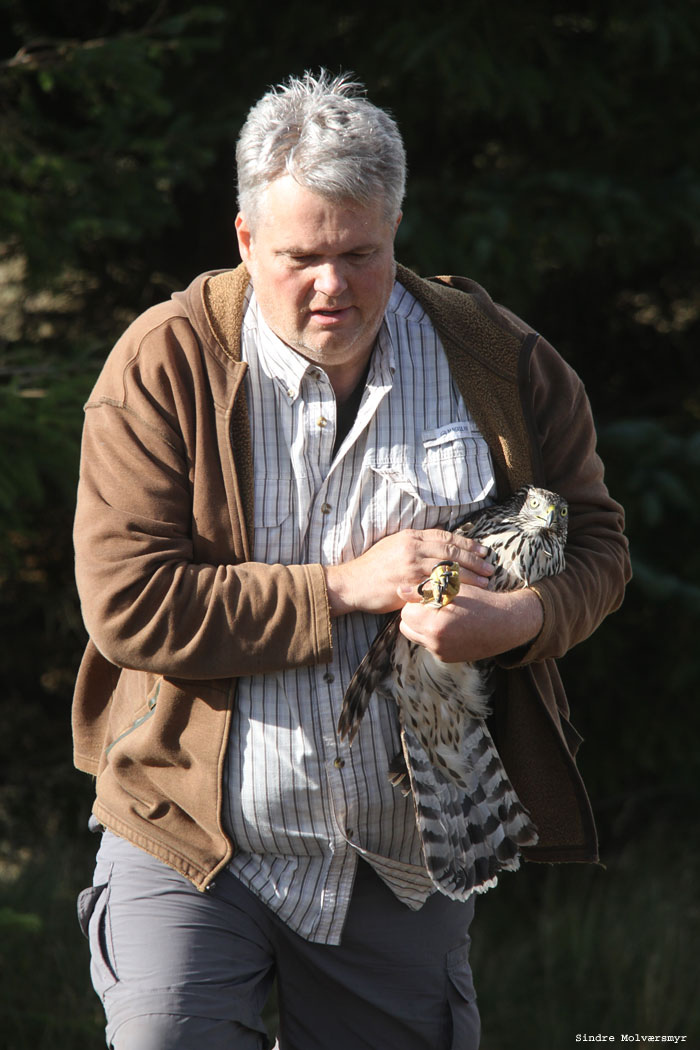 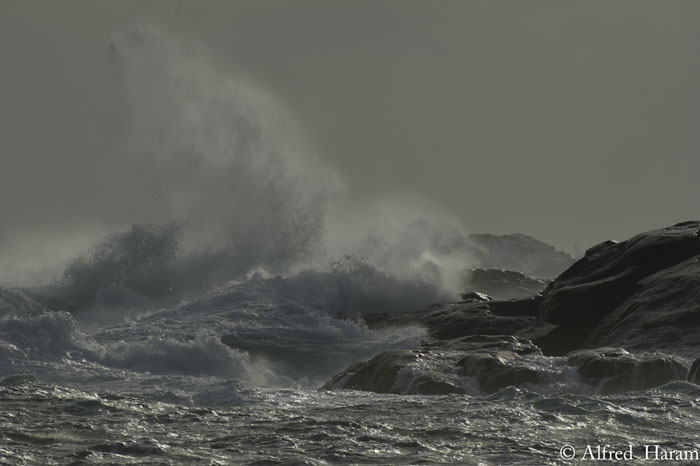