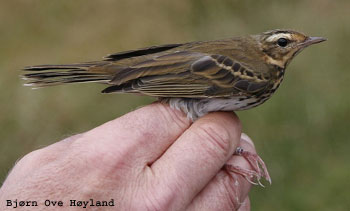 Summary from artsobservasoner.no, ringing data and other written sources for September on Utsira.

General: coverage and weather:
As we progress towards autumn, September resulted in temperatures 1.2degC over the norm. Highest temperature was 18.6 degC on the 8th. An intense change with heavy thunderstorms with 64.2mm rain on the 7th cleared the air. The two first days of the month produced the best seabird movements and the months strongest wind speed of 16.6 m/s (2nd). A high pressure from the east from week 39 produced a movement of eastern species. 150 species were recorded on Utsira in September.

Raptors:
Honey Buzzard was recorded on the 4th. Daily White-tailed Eagle sightings during the month when two sub-adults increased at the months end with two juveniles. Hen Harrier was recorded with a young bird on the 28th to 30th. Pallid Harrier has been well represented in 2013 with one in May, August and two in September, a juvenile each on the 7th – 8th and 15th – 16th. Goshawk was recorded with 1 to 2 individuals from the 26th to 30th. Sparrowhawk were recorded with a maximum of 10 on the 8th, otherwise only 1 to 4 individuals the rest of the month. Kestrel was recorded daily with between 1 and 6 individuals and a maximum of 9 on the 10th. Merlin was noted with singles on the 10th and 28th. Finally Utsiras second Red-footed Falcon was noted by the lighthouse, Austrheim and roosted in Sjordalen on the 10th. The first record was 1st September 1994.

Seabirds and waders:
Good conditions at the beginning of the month resulted in impressive seabird totals: 528 Gannet, 24 Sooty Shearwater, 4 Manx Shearwater and 203 Fulmar on the 1st. A good passage of auks occurred on the 30th with 350 auk sp., 120 Guillemot, 6 Razorbill, 1 Little Auk and a Grey Phalarope. Otherwise divers were only represented with singles of Red-throated Diver from the 22nd. A Great Shearwater was noted on the 24th. Golden Plover were well represented throughout the period in Vestremarka through the month with a maximum of 42 on the 25th. Corncrake was noted on the 15th and 19th, a Moorhen on the 18th and a Water Rail on the 28th. The trend from August for increased calidris species on the shore and low tringa numbers continued. Black-tailed Godwit on the 7th, a Bar-tailed Godwit and a Great Snipe on the 29th-30th were the most noteworthy waders. 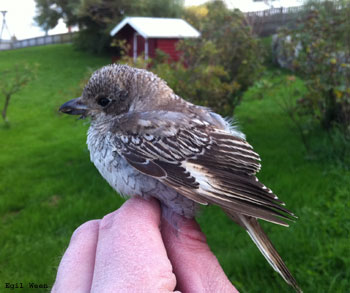 Passerines and others:
Record early arrivals of Yellow-browed Warbler, our logo motive and island bird symbol, together with Richard’s Pipit on the 10th. Greenish and Arctic Warbler were registered in the same garden in Herberg on the 9th, the Greenish Warbler also being recorded on the 10th. An Ortolan Bunting featured on the 7th. We got reports of good presence of Siberian species from Northern Norway, and above average numbers of Yellow-browed Warbler arrived also at Utsira.There were five days where numbers exceeding 15 inividuals with a maximum of 29 on the 27th. Red-breasted Flycatcher was recorded daily from the 7th with a maximum of 6 on the 29th.

The first Olive-backed Pipit arrived on the 25th at Klovning, while from the 28th to 30th one to two were noted daily. Barred Warbler was recorded daily from the 7th with one to two individuals. Arctic Redpoll of the race hornemanni appeared in the mistnets with one on the 23rd and 2 on the 30th. An extreme number of Great-spotted Woodpeckers was noted on the 28th (150).

A juvenile Woodchat Shrike took up residence at Skare from the 20th until the 27th when it was preyed on by a cat. A Blyth’s Reed Warbler was trapped on the 27th. Finally a White’s Thrush was observed by a lucky few observers when it flew from Merkeskogen and landed in Varen on the 29th. The previous record was from the 28th September 1978. 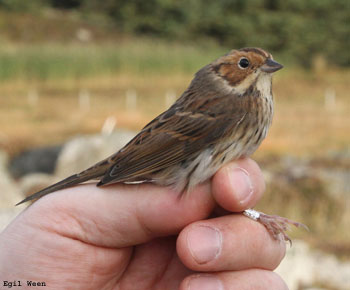 Ringing:
Ringing in Merkeskogen took place on 16 days and 945 individuals were ringed of 43 species. The most productive day was the 25th with 242 individuals of which mealy Redpoll (204), Great-spotted Woodpecker (15) and Lesser Redpoll (12) were the most prominent species.

Ringing in September exceeds the previous year total when 21 days of ringing resulted in 411 individuals of 40 species.

Here a few more of this months highlights: 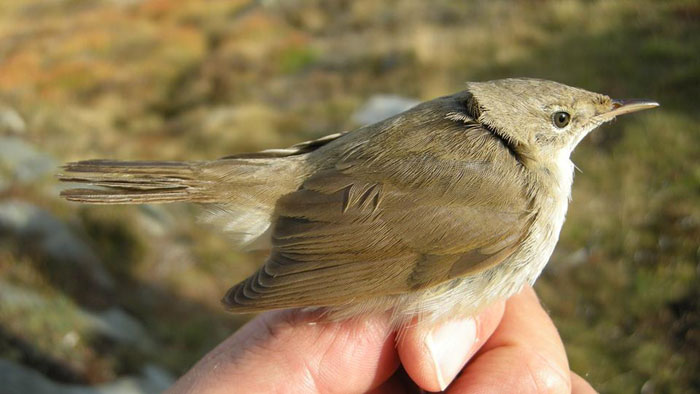 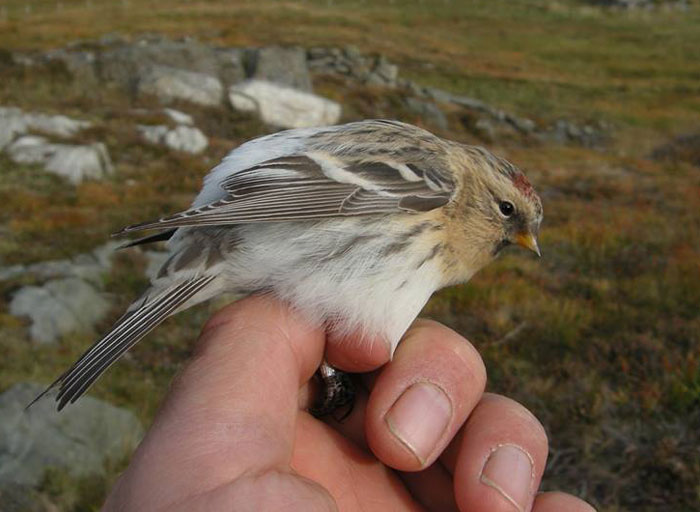 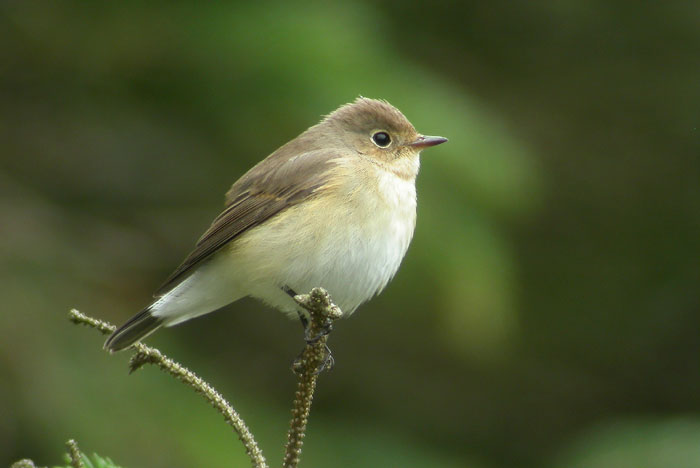 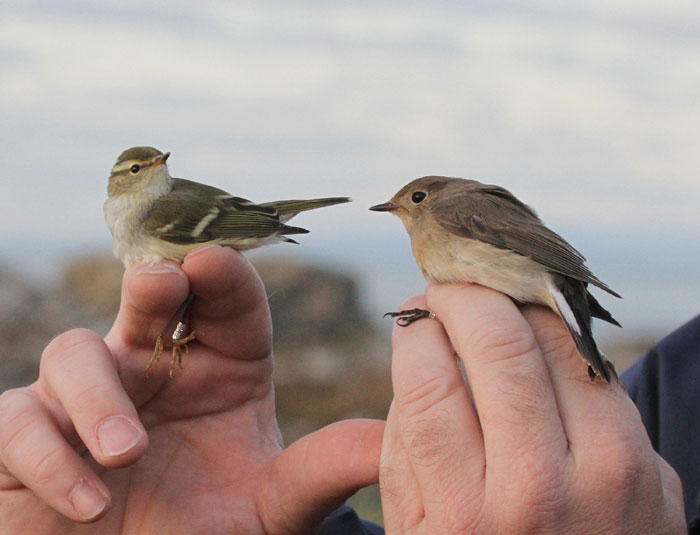