General: coverage and weather
Average temperature was 1.0 degC, 1.3 degC below the norm. Highest temperature was 8.4 degC (27th), and lowest -3.6 degC (7th). Total precipitation was 38.8 mm. Most precipitation in one day was 6.4 mm (23rd). Highest recorded wind speed was 18.9 m/s (10th). Weather system Tor which affected Utsira from the afternoon of the 29th with hurricane winds is obviously not measured. There was a cold period with ice in the middle of the month. Short cold spells with snow coverage on the 10th and then between the 18th and 21st. The total number of species for the first month of the year ended on 52 which is respectable comparing the 55 species in 2015.

Raptors:
Four different raptor species in January is reasonable. A 2nd year Hen Harrier over Jupevikshaugen is quite unusual for January as were a few singles of Sparrowhawk. White-tailed Eagle were well represented and were recorded with between one and three birds almost daily, with a maximum of five on the 19th. Peregrine Falcon were also noted with singles during the month.

Shorebirds:
No notable seabird passage days in the month and generally only of single birds on passage.  Singles of Little Auk were noted on the 4th and 12th, a Guillemot on the 17th, five and twelve Kittewakes on the 1st and 3rd respectively, and finally two Fulmar and 20 Gannet on the 3rd indicate the coverage and passage.

On the 1st there was an influx of geese in the form of one Bean Goose, three White-fronted Geese and two Barnacle Geese.  These were seen at various localities on the island until the 11th. Mallard was recorded with a few singles throughout the month with a maximum of eight on the 4th, mainly in Nordvikvågen. A Teal was recorded with the Mallards on the 4th.

The two Little Grebe from October were present all month in Nordvikvågen and a female Goldeneye was noted from the 3rd in Måkskittmyr and Nordvikvågen till the month’s end.  Common Snipe were noted with two to three birds until the 17th. Woodcock were recorded with several birds during the month with a maximum of six on the 19th. Lapwing and Water Rail are the two scarcest species in this category with two birds from the 1st to 3rd at Pedlestemmen and a single at Merkeskogen on the 1st respectively. 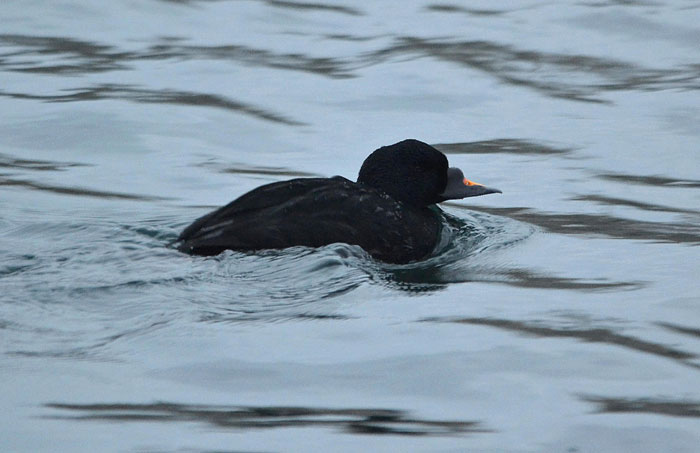 Passerines:
A single Long-eared Owl in Sjoarskogen on the 27th and Austre Plantning on the 28th was the most exciting bird of the month. A few large flocks of Siskin with up to 250 birds as well as smaller numbers of Redpolls between the 1st and 6th are also worth a note. The Coal Tit remains in Varen, as do the two to three Great Tit, one Blue Tit and four Tree Sparrows at the bird table at Skare.

Ringing:
The one Robin was the months ringing total, a bird that had found its way into a cellar at Skare. Otherwise the extreme weather system ‘Tor’ left its impact on the ringing hut in Merkeskogen. The strong and lasting westerly winds reduced the door to splinters!.

Year ticks:
Being January all this month’s birds were year tick’s for Utsira, the total ending on 52.

Rarities/local rarities:
Seventh or ninth winter record of Long-eared Owl, which has become a more regular winter visitor in recent years. Water Rail falls in the same description, however with more records.

Here some of the impact the extreme weather system ‘Tor’ left on the ringing hut in Merkeskogen. Photos by Atle Grimsby: 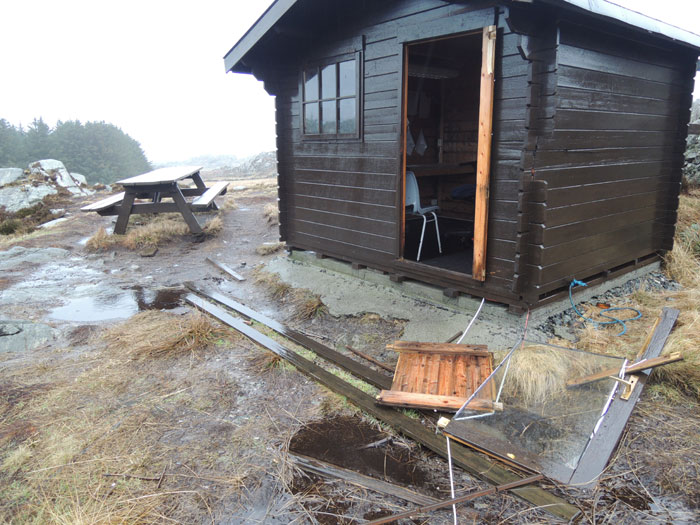 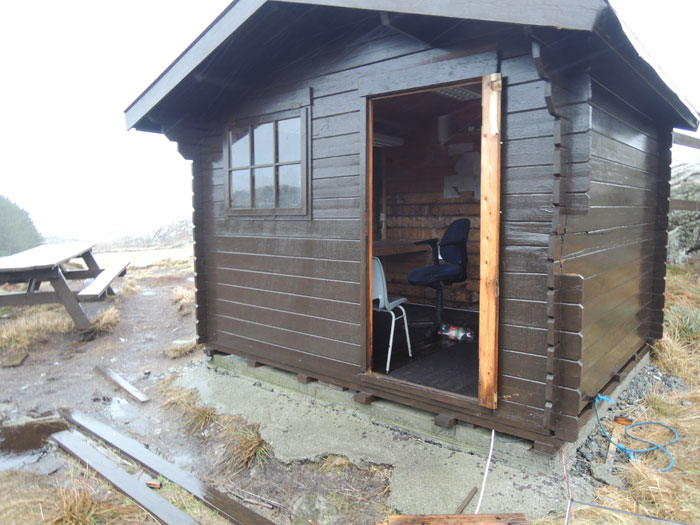 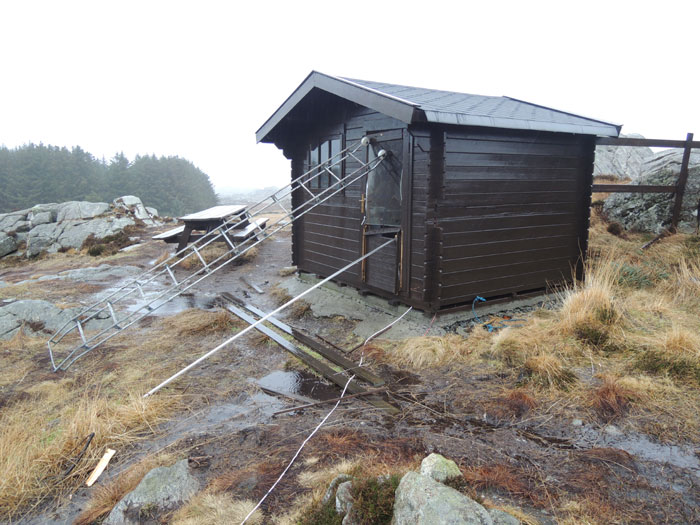