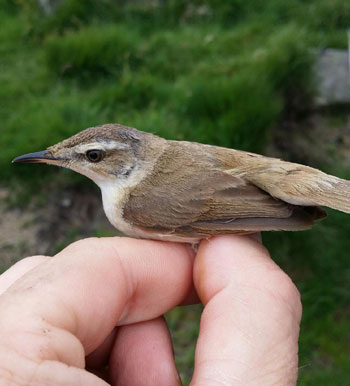 Raptors:
June is normally a quiet month in terms of raptors and this year was no exception. A female March Harrier and a male Kestrel were noted on the 3rd. Following an abandoned breeding attempt by the local White-tailed Eagles the species was only noted again on the 13th, whilst the local Peregrine Falcons were present throughout.

Shorebirds:
Little of note this month with respect to seabird passage with only a Great Skua on the 25th. A pair of Red-breasted Merganser in Nordvikvågen on the 19th, a Lapwing on the 27th and single Golden Plover between the 2nd and 12th are the sum of the other notable species. This year’s seabird survey at Spannholmane showed a stable auk population and Shag increasing slightly after last year’s lowest recorded numbers. The extreme ‘yellow-legged’ Guillemot seen in May was still present, as were a large flock of Common Scoter. The survey from Spannholmane can be read on Utsira Councils homepage.

Passerines:
A female Black Redstart at Klovning and a singing Golden Oriole in Herberg on the 4th indicates a slow start to the month. Locals found a male Black-headed Bunting up in Beite in Nordvik on the 6th. The bird was seen the next day at Vestre Nordvik. The bird was unringed and therefore confirmed that this was a new bird as opposed to the return of the bird from the previous year. 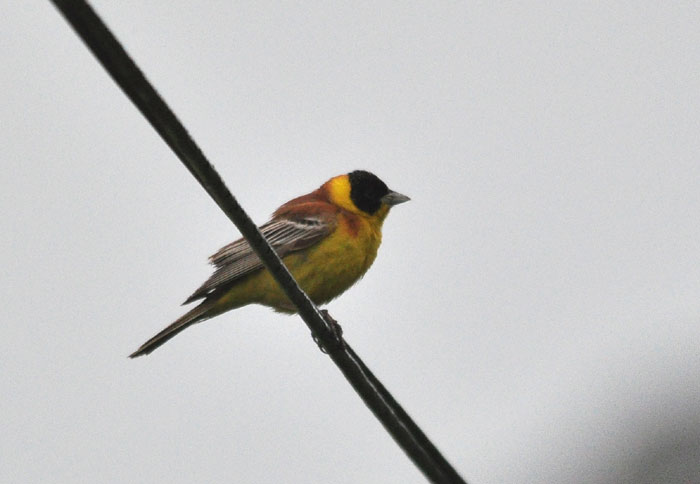 A new Short-toed Lark paid a brief visit to the dump in the evening of the 8th. The month’s star bird was the Paddyfield Warbler that was trapped and ringed in Merkeskogen on the 15th. Tree Sparrow and Coal Tit were possible breeders this year.

Ringing:
Only three days of ringing resulted in 46 ringed birds of 13 species. The best day was the 11th with 24 individuals, of which Meadow Pipit (8), Lesser Redpoll (8) and Chiffchaff (3) were the most numerous species. The most notable species to be ringed were the Paddyfield Warbler and Reed Warbler. 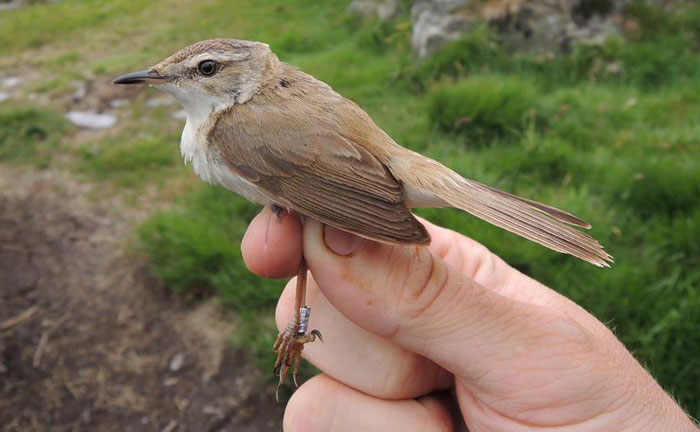