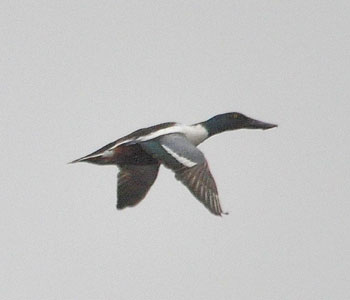 Raptors:
Eight different raptor species were reported in the month, mostly in the the warm period in the early to middle of the month. A female and an adult Marsh Harrier were seen at various locations on the 8th. The female bird was present until the 11th.

Hen Harrier were noted on the 8th and 21st, while Osprey were noted on the 7th and 9th. Sparrowhawk was only recorded with singles on the 6th and 21st. Kestrel were more numerous with one to three birds between the 5th and 10th, as well as a single on the 31st. The pair of White-tailed Eagle were stationary until the 15th while the local Peregine Falcons were absent from the middle of the month.

Shorebirds:
Low coverage of the seabird passage and low counts when there was coverage. 124 Red-throated Diver passed on the 16th while 200 Brent Goose were noted on the 27th, otherwise low numbers of passage diving ducks, auks, skuas and terns for a May month. An adult White-billed Diver on the 11th and only one Great Skua were noted the whole month.

Of more note were a fine male Shoveler that paid a short visit to Måkskittmyr on the 22nd, a Great Snipe on Pedlestemmen on the 7th, and three records of Wood Sandpiper between the 6th and 13th. Two different white-winged gull species were noted in the month, an Iceland Gull over Herberg on the 5th and a passage bird resting on the sea on the 7th. A 2nd year Glaucous Gull was also on passage on the 7th. A white “yellow-legged” Guillemot was noted on Spannholmane on the 7th.

Passerines:
There was a good selection of passerines during the month, but an absence of any warm weather meant there weren’t any great numbers. No May is any good without a Subalpine Warbler! The month started with a male in Herberg on the 6th which was seen again behind Siratun the next day. The same day a female was ringed in Merkeskogen. The next day, the 7th a new male was noted in Kutre and was present in the forest there until the 8th. The three Subalpine Warblers were all thought to be of eastern type. 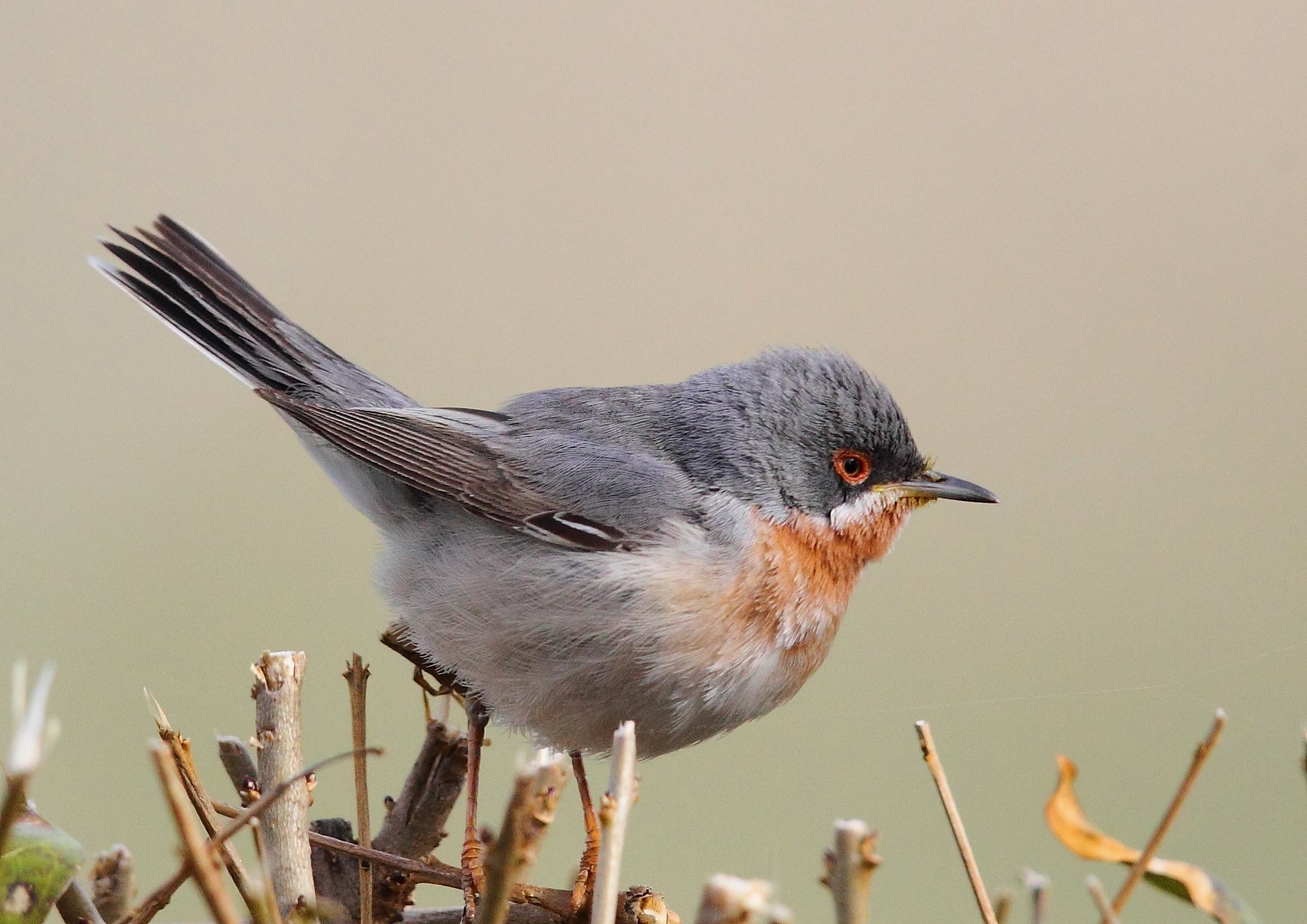 Three Red-breasted Flycatchers were ringed, while singles were seen in the field between the 8th and 28th. A fine male Siberian Stonechat was in the area south of Merkeskogen on the 9th and a Hoopoe at various locations in Nordvik on the 10th. 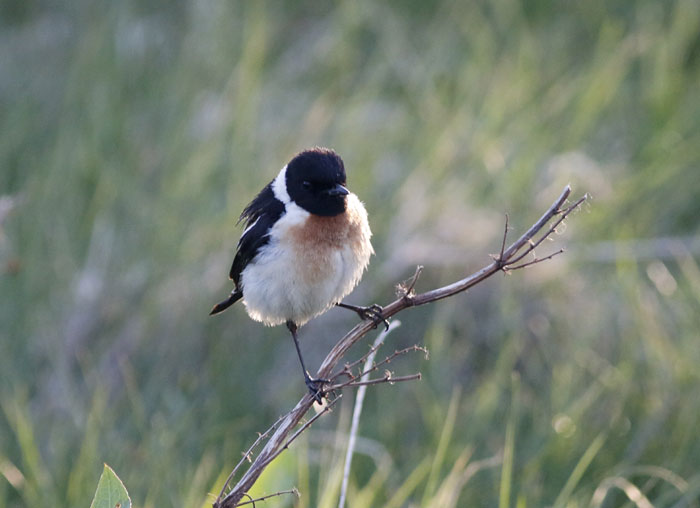 Bluethroat are fairly unusual on Utsira - this year there were six records between the 6th and 16th with a few days when two birds were present. Black Redstart were also numerous with two to three birds between the 5th and 14th. A female Golden Oriole was ringed in Herberg on the 26th while a female in flight was noted in the same area on the 29th. Common Rosefinch were more absent with only a single at a feeding station at Skare between the 13th and 15th, and then at the DNT cabin on the 16th.

Utsira fuglestasjon had an open day at Merkeskogen during the final day of Siradagane (‘Sira Days’) on the 29th and resulted in a Blyth’s Reed Warbler for the visitors. A Short-toed Lark at Pedlestemmen on the 31st resulted in a strong finish to the month.

Ringing:
May offered a varied species list and handy coverage during the twelve days of ringing during the month. A total of 769 birds of 45 species were ringed. The best date was the 7th when 165 birds were ringed, of which Willow Warbler (37), Blackap (29) and Chiffchaff were the most numerous species. 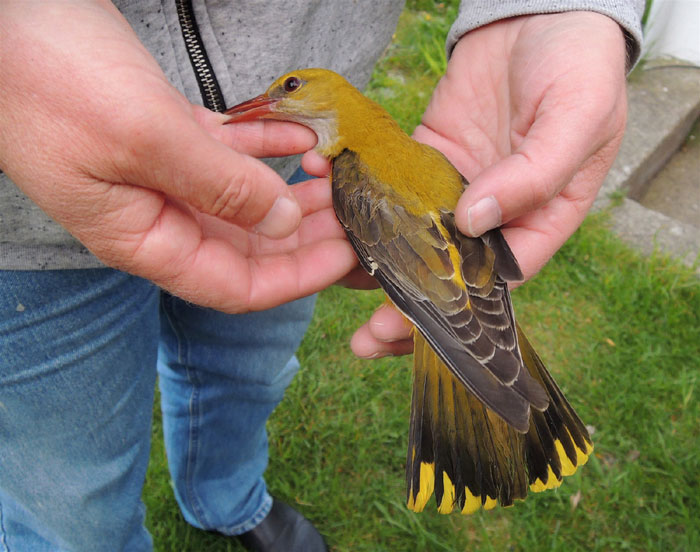 The most notable species during the month were a Subalpine Warbler, a Blyth’s Reed Warbler, Golden Oriole, three Red-breasted Flycatchers, a Hawfinch, Bluethroat and Grasshopper Warbler.

Red-backed Shrike, Red-breasted Flycatcher, Icterine Warbler and Marsh Harrier (8th), and Siberian Stonechat, Hoopoe and White-billed Diver on the 9th, 10th and 11th respectively. A Common Rosefinch on the 13th was last before the period of NW winds. Then Arctic Skua (19th), Shoveler and Common Tern (22nd), Golden Oriole (26th), Brent Goose and Great Skua (27th), Blyth’s Reed Warbler (29th) and then the Short-toed Lark on the last day of the month.

Rarities/local rarities:
The Shoveler was the 19th for Utsira, with the last being from November 2011, 20th record of Blyth’s Reed Warbler, the last being in September 2015, Siberian Stonechat number 27 was last recorded in May 2013. The Short-toed Lark was the 47th individual and the three Subalpine Warblers were the 50th till 52nd.

A small gallery from May: 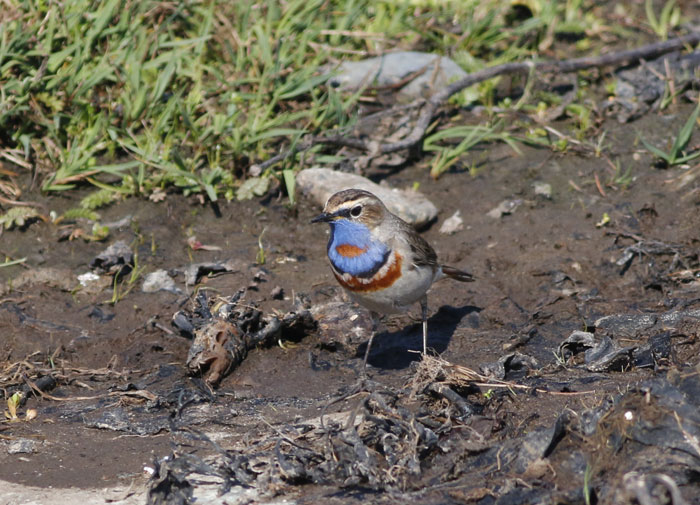 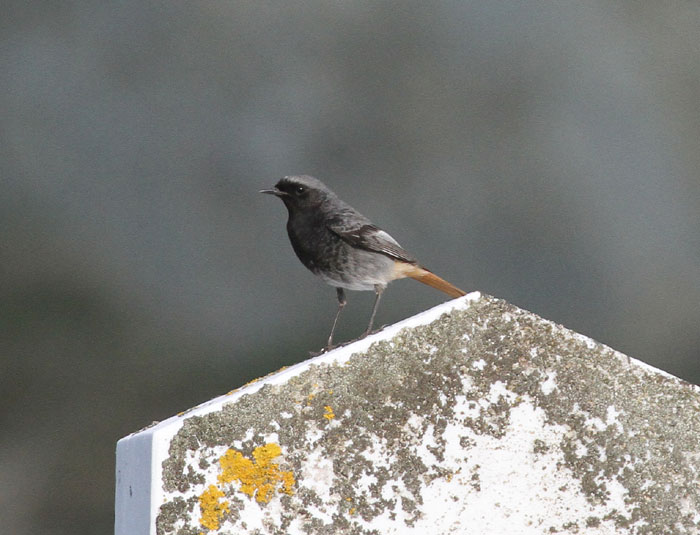 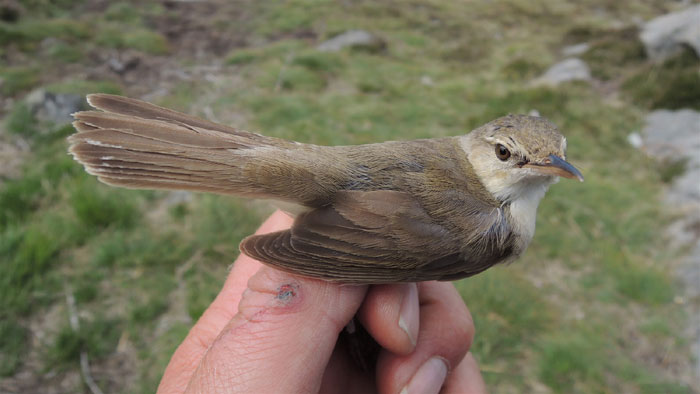 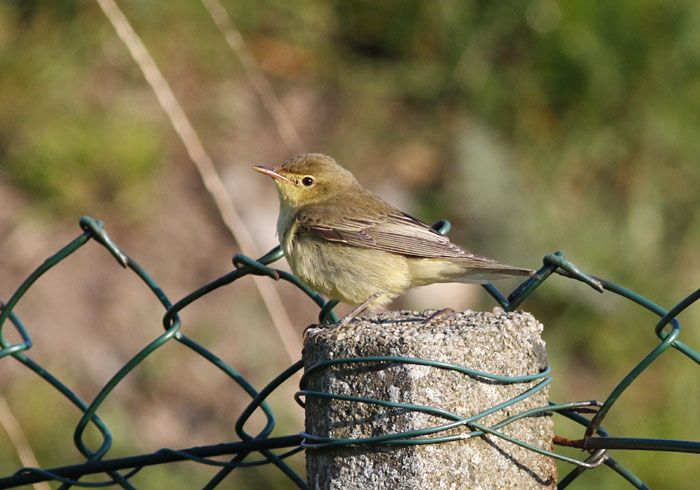 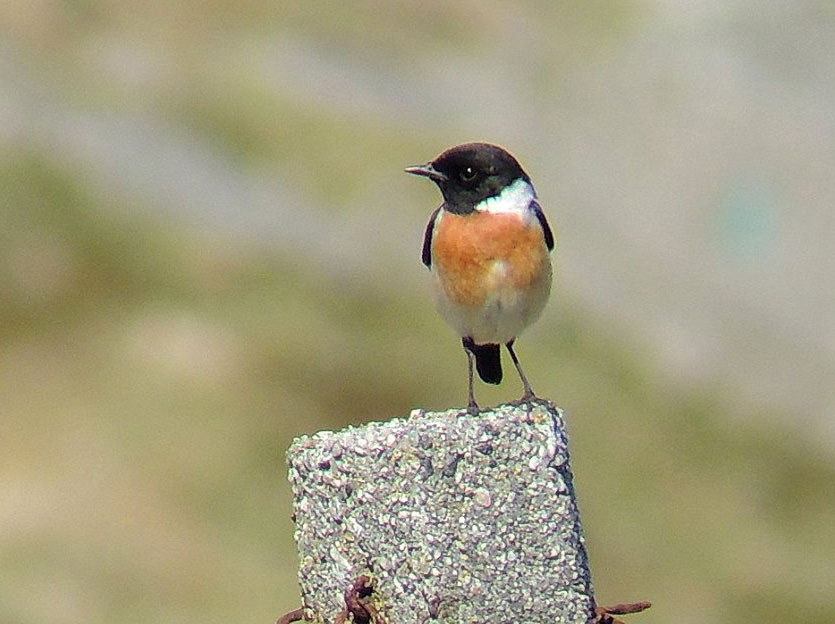 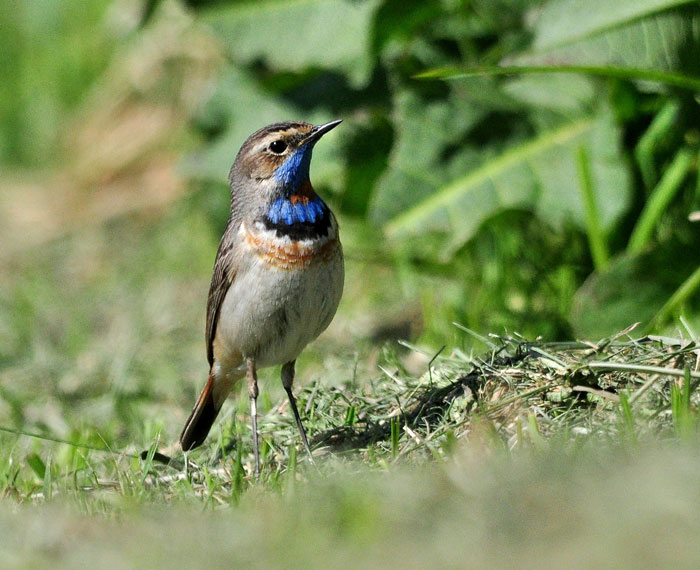 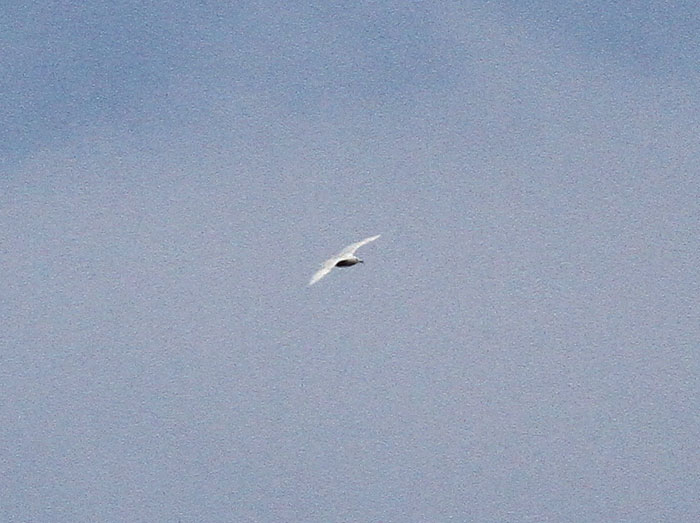 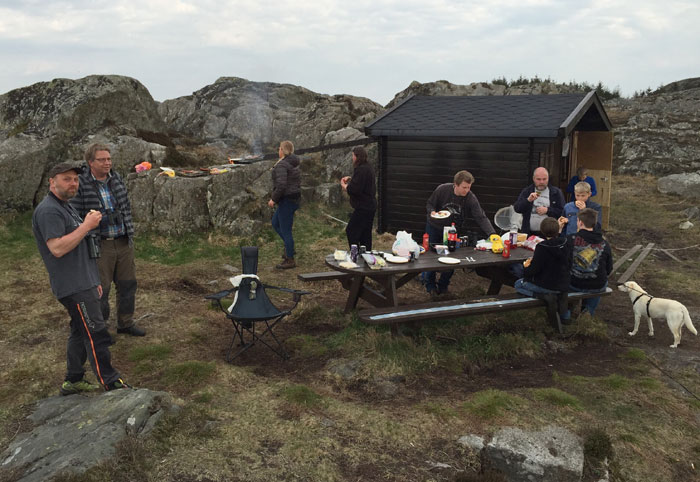 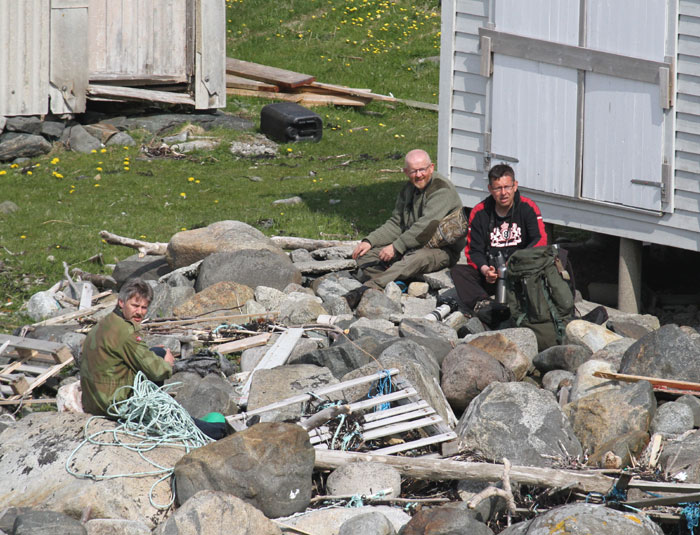