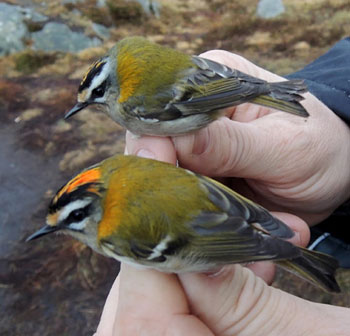 November is usually a disappointment after October with respect to coverage and number of species. This year was no exception when the total number of species for the month ended on 63, compared to the previous year 74 species.

Raptors:
No notable observations. Singles of Hen Harrier on the 10th and 25th, as well as a Goshawk on the 12th. Otherwise single observations of Sparrowhawk, White-tailed Eagle and Peregrine Falcon during the month.

Shorebirds:
Little Grebe is normally a regular sighting in November. One bird was noted from the 11th. Five flyby White-fronted Geese on the 8th and up to two Wigeon between the 5th and 8th were the most notable species of waterfowl. There was no notable seabird passage during the month with only sporadic records of Razorbill and Little Auk. In conjunction with a fall of snow on the mainland 19, 25 and 4 Lapwing were noted on the 13th, 14th and 15th respectively. A Water Rail in Grotledalen from October was present throughout November. A young Arctic Tern in Nordvikvågen on the 1st represents the first November record of this species.

Passerines:
A Long-eared Owl roosted in Grotlehagen on the 8th and there were further records of asio owls during the night throughout the month. There were a few flocks of Waxwing between the 1st and 7th with a maximum of 45 on the 2nd. The snow on the mainland also resulted in large flock of Starlings on the 14th.

The months most significant record was the Hume’s Warbler from October which held out until the 8th, and the four Firecrest that went into the nets in Merkeskogen on the 3rd. A nice Arctic Redpoll was also ringed on the 28th. 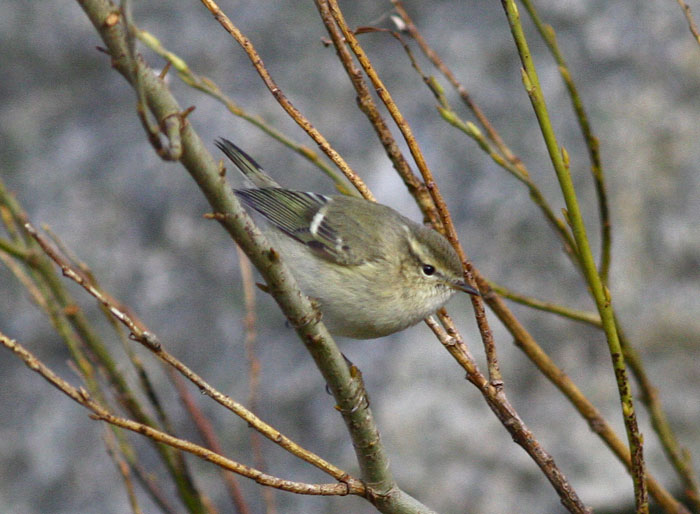 The Long-Tailed Tit invasion from October continued with 20 on the 2nd and Great Grey Shrike were noted with singles between the 13th and 22nd. Goldfinch was noted with between one and three birds until 7th. The Little Bunting from October at the dump was last seen on the 2nd.

Ringing:
A total of 275 birds of 16 species in five days of ringing in Merkeskogen. The best day was the 2nd when 125 birds were ringed. Of these Mealy Redpoll (84), Long-tailed Tit (17) and Lesser Redpoll (5) were the most numerous. Most notable were the three Firecrest, three Bullfinch and an Arctic Redpoll. The numbers lie well over the previous years totals when the nets were taken down prior to the 1st November.

Year ticks:
November resulted in only two new species for the year: Firecrest on the 3rd and Arctic Redpoll on the 28th.

Rarities/local scarcities:
Hume’s Warbler is still the ninth record, and the four Firecrest caught (three ringed and one control) during the two net rounds are the 13th record, the last for Utsira being in November 2013. 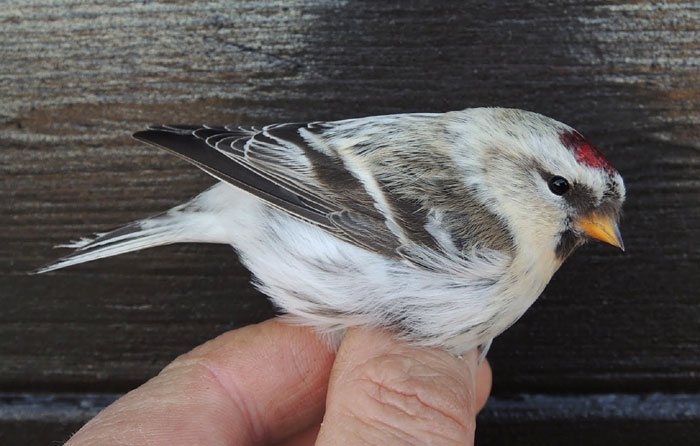 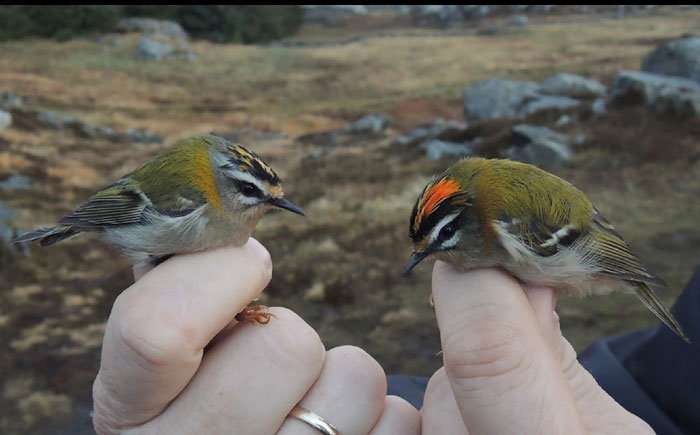