‘Bomb’ week in week 40 and week 41 as usual resulted in many birders on the island with resulting good coverage and a high species count. The month ended on 148 species versus 146 the previous year.

Raptors:
Nine different raptor species noted during the month is good (and comparable with October 2015). There were no days with two-figure counts. Sparrowhawk were noted daily with between one and five individuals, while Kestrel noted with between one and three birds up until the 22nd. A Goshawk was present between the 6th and 9th, while singles of juvenile/female Hen Harrier were noted between 1st-5th, 22nd-23rd and on the 27th.

Rough-legged Buzzard are recorded less than annual, so two flyover birds on the 10th and 20th respectively was noteworthy. Merlin were also well represented with between one and three birds between the 3rd and 21st. The local White-tailed Eagle and Peregrine Falcons were noted throughout with between four and two birds respectively. 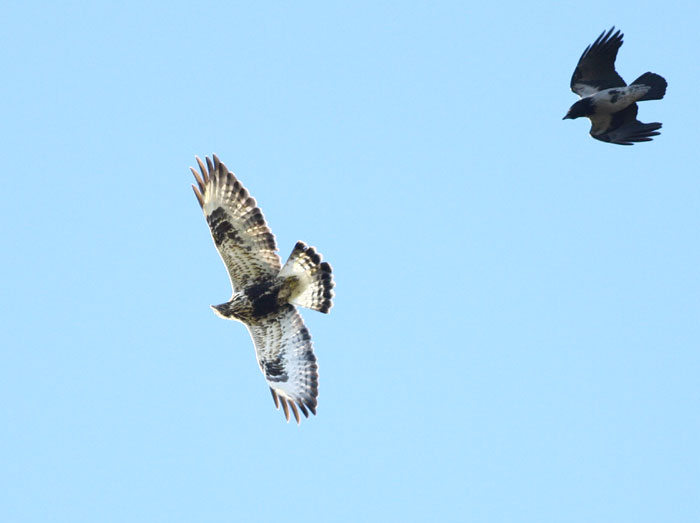 Shorebirds:
Although there was good coverage there were no days with good seabird passage. Kittiwake were only noted with a passage maximum of 15 on the 8th with 19 Red-throated Diver on the same day. Two Great Skua were noted on the 7th. Only a few observations of auks during the month, while the first Little Auk was noted on the 20th.

Four Pink-footed Geese on the 4th increased to 24 by the 21st. Seven Barnacle Geese rested briefly on the 4th while one was with the Pinkfeet flock between the 6th and 28th. A single White-fronted Goose was noted on the 7th. 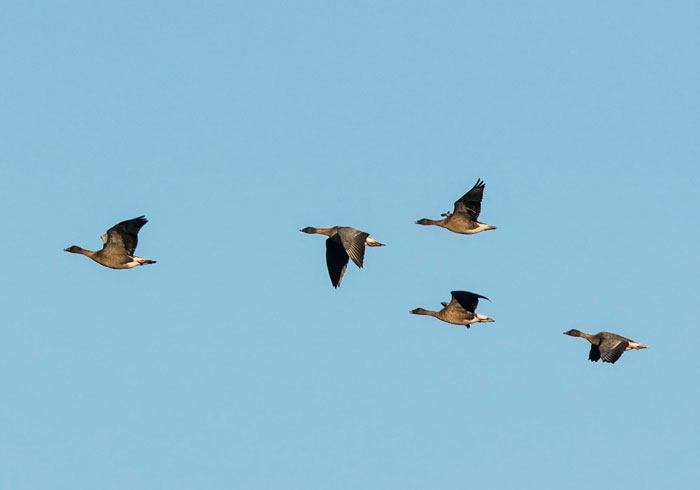 Of more exotic fare were flyover Pintail on the 4th and Shoveler on the 5th. A Black-throated Diver on the 7th and a Great Northern Diver on the 29th are also worth a mention.

Great Snipe were well represented with two birds in Nordvik from the 4th to 14th and another at Austrheim on the 7th. Grey Plover were noted with singles in flight between the 1st and 3rd and 7th to 9th.

Passerines:
The most important theme for the month were the LBJs from Siberia. The first week of October was dominated by lots of tramping, little result and exciting news of Siberian invasion species on the internet.

The stationary Turtle Dove from September was present at Austre Planting until the 8th. 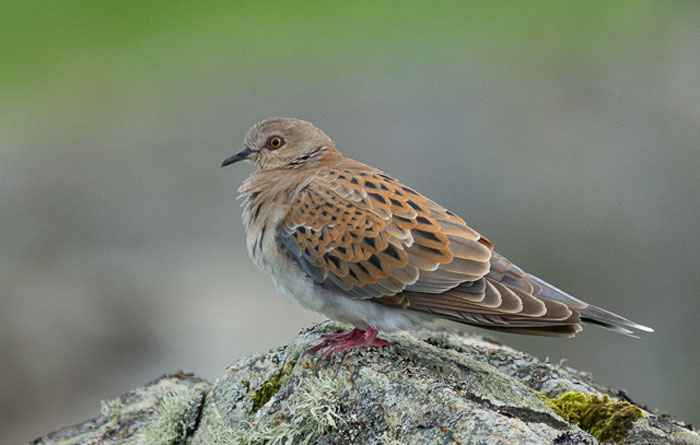 A Tengmalm’s Owl was a surprise find in the nets in Merkeskogen on the morning of the 10th. Short-eared Owl were also well recorded with almost daily observations of one to two birds between the 1st and 22nd. A Great-spotted Woodpecker invasion occurred between the 4th and 23rd with between five and ten birds.

Woodlark were reported with singles at various locations between the 8th and 18th and a Shorelark was at Koltemyr by the windmills between the 19th and 23rd.

Richard’s Pipit were almost absent with only singles noted on the 6th, 9th and 14th, while Olive-backed Pipit were more numerous between the 5th and 9th with up to three birds at Hovland, Sørevågen og Austrheim, as well as a single noted on the 14th. 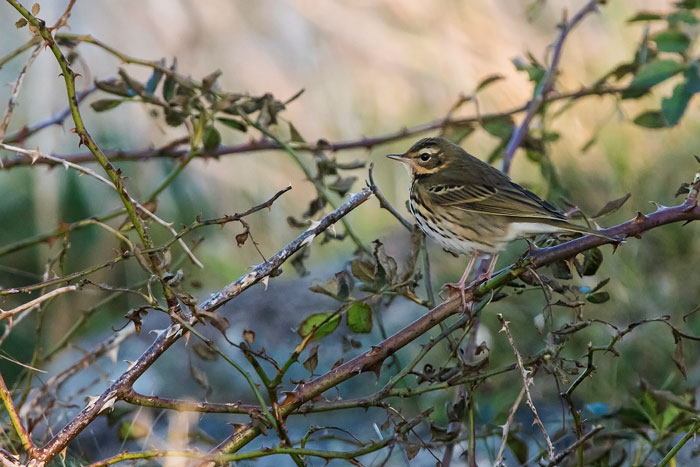 The first Waxwings came in-off on the 15th and a maximum of 70 were noted on the 21st and good double figure counts until the months end.

It wasn’t a question of if, but when there would be a Siberian Accentor. Most birders had left the island when the first was found in the nets in Merkeskogen on the 20th, but there was a few more two days later when then second was trapped on the 22nd. 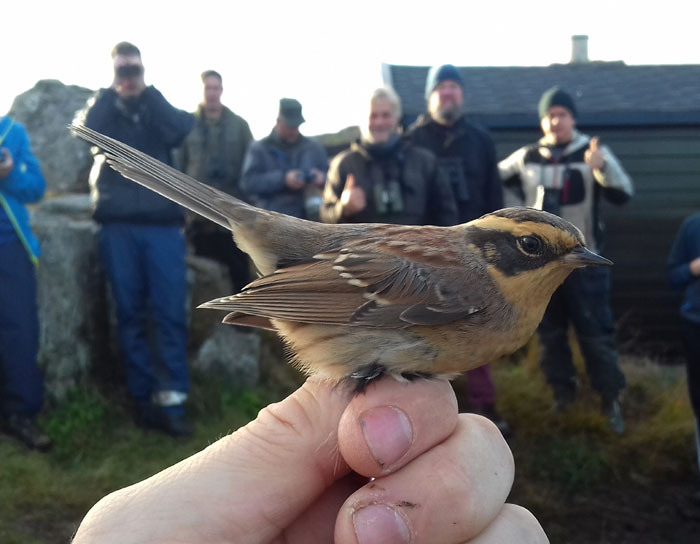 A Nightingale in Varen and a Siberian Stonechat in Merkeskogen on the 3rd, and a long-staying Lanceolated Warbler by Merkeskogene between the 2nd and 13th were small compensation in ‘Bomb’ week.

Two Red-flanked Bluetails, one of which was ringed at Merkeskogen on the 8th and seen the next day, the other seen by the lighthouse and later in Varen on the 21st. Barred Warbler were seen daily with one to two birds between the 1st and 11th, of which one was a long-stayer by the shop.

Yellow-browed Warbler were numerous as in September with a maximum of 17 on the 3rd, then reducing in numbers, until the last long-stayer at the dump disappeared after the 20th. The same day a Pallas’s Warbler was found in Herberg. A Hume’s Leaf Warbler was trapped in Merkeskogen on the 22nd and was then seen at various locations until the 31st. 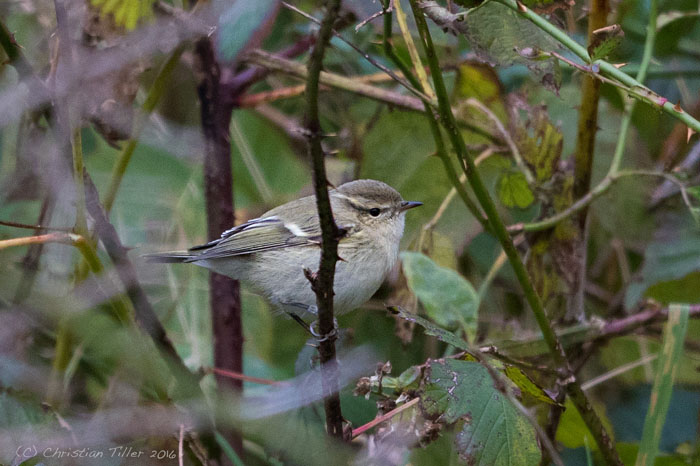 A Dusky Warbler was found in Veito and subsequently trapped on the 13th. The bird was present in the area until the 15th. The good totals of Red-breasted Flycatcher experienced in September continued into October with daily observations until the 15th. There was a maximum of four birds on the 8th and two late records on the 20th and 24th. 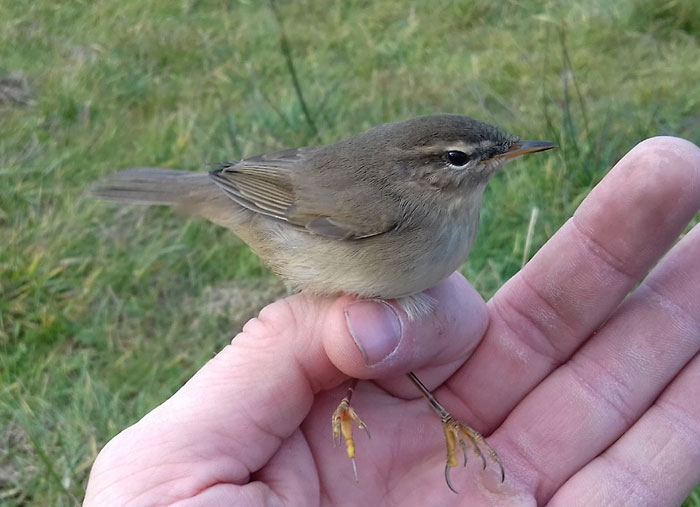 Long-tailed Tit, Treecreeper and Goldfinch were well represented during the month and single Two-barred Crossbill were noted on the 6th and 11th.

Little Bunting have been recorded in good numbers from the beginning of September and this continued until the 14th October, with a maximum of seven on the 4th, a late bird ringed at Merkeskogen on the 25th and a long-stayer at the dump until then end of the month.

A Rustic Bunting was reported on the 5th.

Ringing:
A total of 2440 birds of 43 different species were ringed during the month on the 27 days that ringing took place in Merkeskogen. The best day ringing was the 15th when 258 birds were ringed. Redwing (88), Blackbird (53) and Song Thrush (20) were the most numerous species. The most notable species ringed were 12 Yellow-browed Warbler, seven Little Bunting, two Siberian Accentor, two Red-breasted Flycatcher, a Red-flanked Bluetail, Lanceolated Warbler, Hume’s Warbler and Tengmalm’s Owl.

A Goldeneye captured in Hølen in Nordvikvågen was a new species for the ringing station. The month’s totals were well more than the previous year totals when 1460 birds of 30 species were ringed in 16 days of ringing. 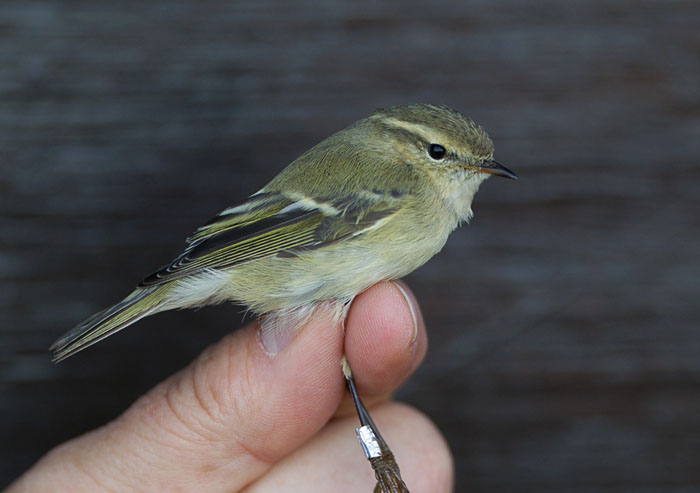 Here some more photos of this period highlights: 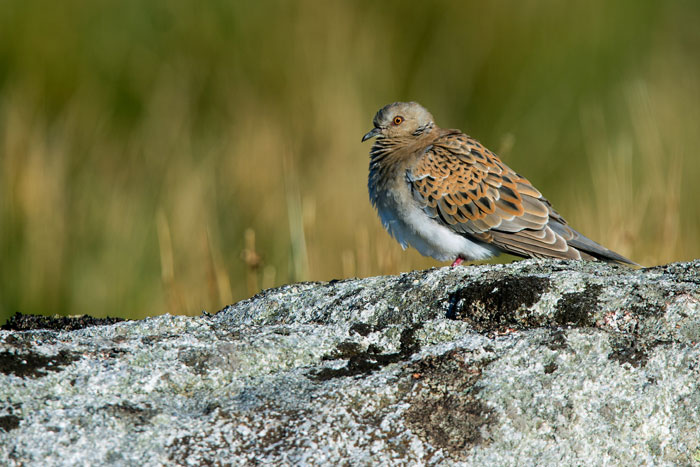 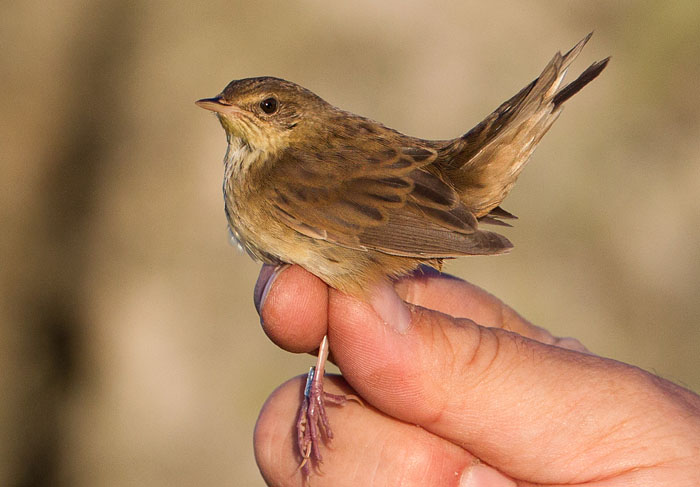 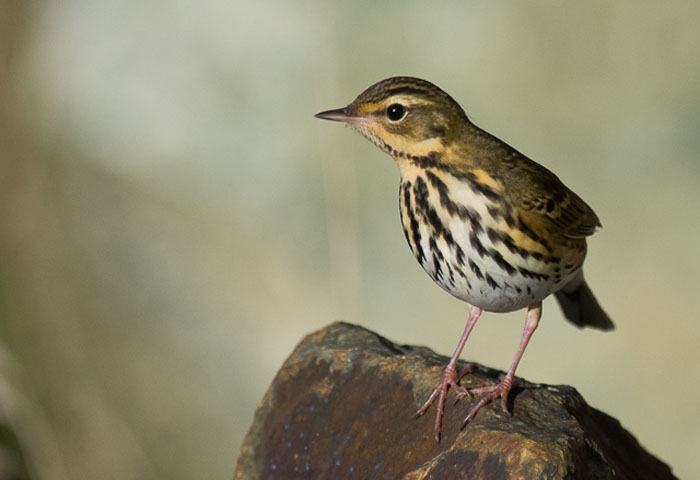 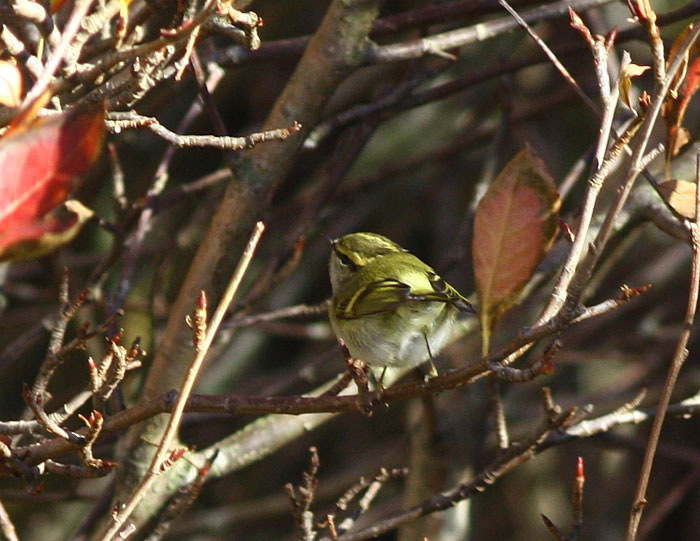 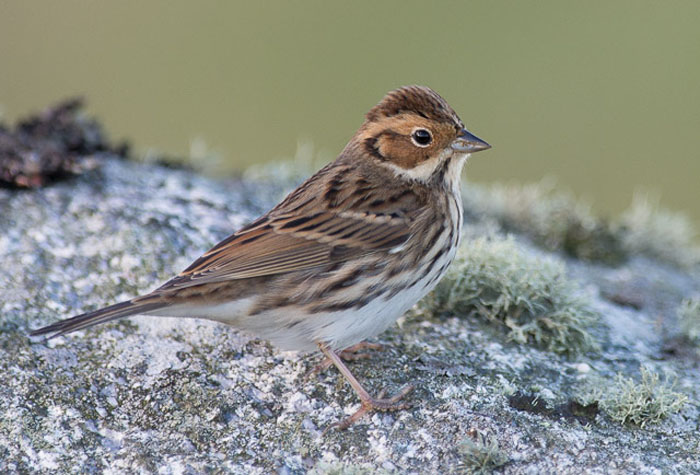