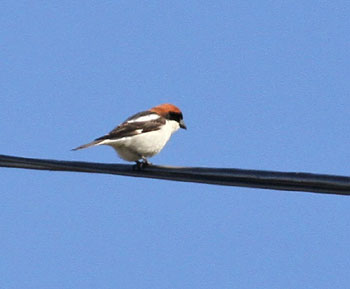 Total number of species for May on Utsira ended on a moderate 130, versus 128 for the previous year. Nevertheless this was a long way short from May 2013 when 146 species were recorded.

Raptors:
Six different raptor species were noted during the month on Utsira. A flyover Osprey and a Hen Harrier on the 4th, followed by a Sparrowhawk on the 19th were the most notable species. Kestrel were noted with singles throughout the month, while a female was present in Herberg between the 13th and 26th. The local White-tailed Eagles and Peregrines were observed throughout.

Shorebirds:
The end of May the usually the peak time for passage Brent Geese, and for Utsira was this no exception; 639 on the 23rd, 80 on the 24th and 5 on the 28th were noted. Barnacle Geese were present with a single between the 12th and 18th in the area between Pedleneset and Herberg area, and two birds passed Jupvikshaugen on the 19th. A White-billed Diver and four Red-throated Diver passed over Spannholmane on the 11th. Seabird passage did not begin until the 19th when a Black-throated Diver, a Great Northern Diver, 95 Red-throated diver and ten Razorbill were recorded. Otherwise there were other singles of Great Northern Diver on the 23rd and 28th, and a Manx Shearwater on the 31st.

Three Pintail flew past Jupvikshaugen on the 19th and two Goosander reported on the 14th. A Glaucous Gull was in the south of the island on the 24th and 25th. A stationary Dotterel on the 10th and a Temminck’s Stint at Koltemyr on the 27th are also worth a mention. Whimbrel was numerous with various records between the 6th till the months end. A flock of 27 were noted on the 6th.

Passerines:
Single Waxwings were noted on the 6th and 20th, while a Turtle Dove was in Herberg on the 12th, and a signing Golden Oriole at Kutre on the 21st and 22nd. A short-eared Owl was found in the gull colony at Aust on the 19th and seen again on later dates. A Woodchat Shrike was in Herberg between the 12th and 24th, a Blyth’s Reed Warbler at the dump between the 23rd and 28th, a Ortolan Bunting at Starabarje between 16th and 19th and a short staying Rustic Bunting on the 19th at Austrheim were the most notable finds. 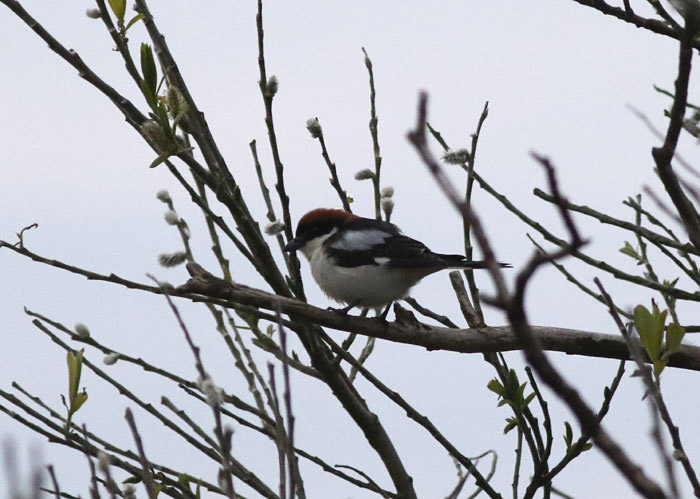 Singles of Twite were reported in the period 3rd to 23rd. A Stonechat male at Veito 12th-17th was captured to confirm origin. The Stonechat pair from earlier were seen with two young from the 28th. Black Redstart was reported at various times through the month with a maximum of three on the 28th. Hawfinch were reported with singles on the 1st, 2nd and 20th, as well as Goldfinch with up to four birds between the 3rd and 12th. 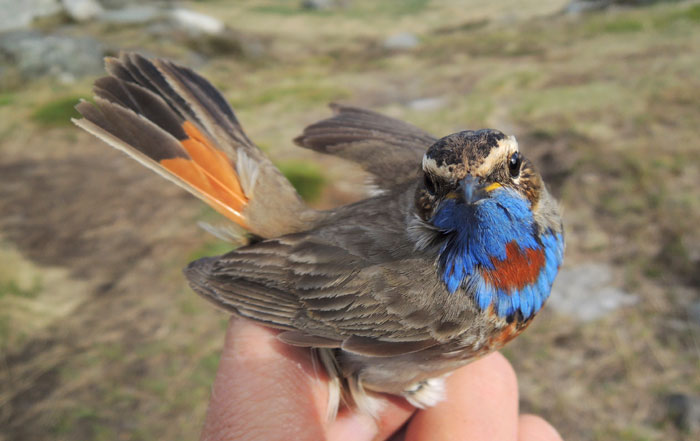 The best day was the 12th with 313 ringed birds of which Willow Warbler (116), Blackcap (47) and Lesser Whitethroat were the most numerous.

The most notable ringing records were a Woodchat Shrike, a Grasshopper Warbler, three Bluethroat and ten Wrynecks. 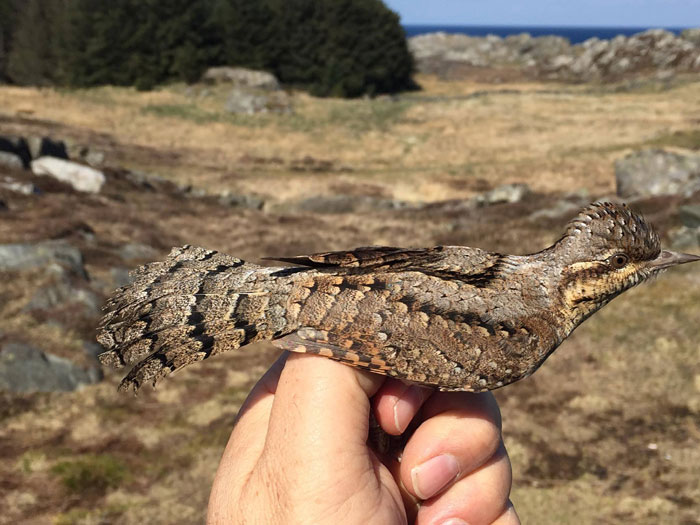 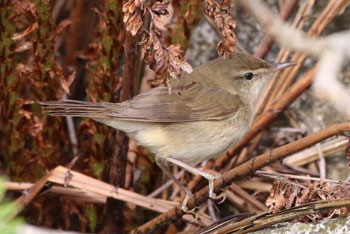 The eleventh record of Woodchat Shrike, the last in September 2013.

The Blyth Reed’s Warbler was the 21st for the island, the last being in May 2016.

Some more photos from May: 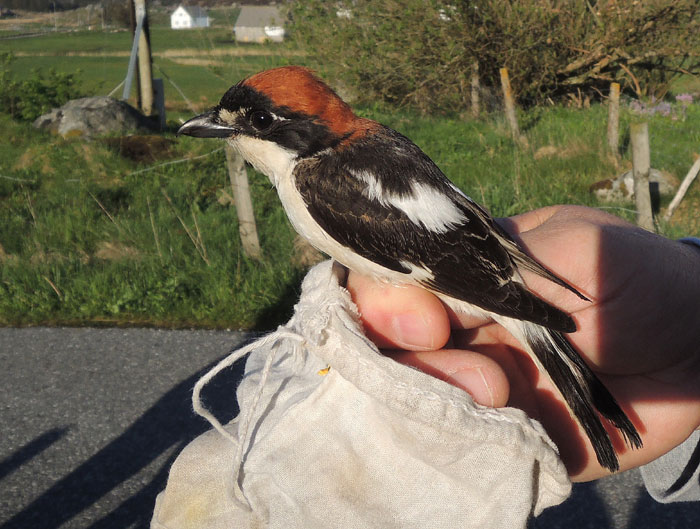 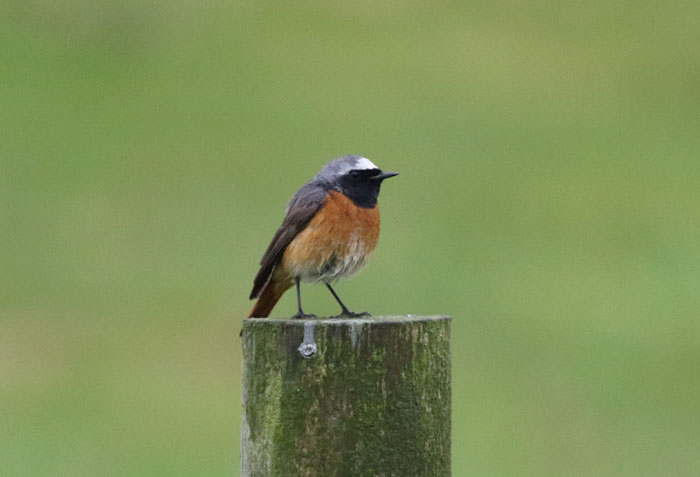 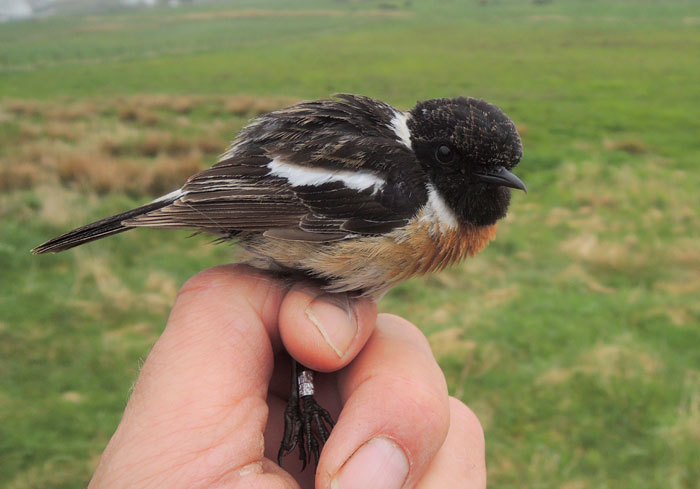 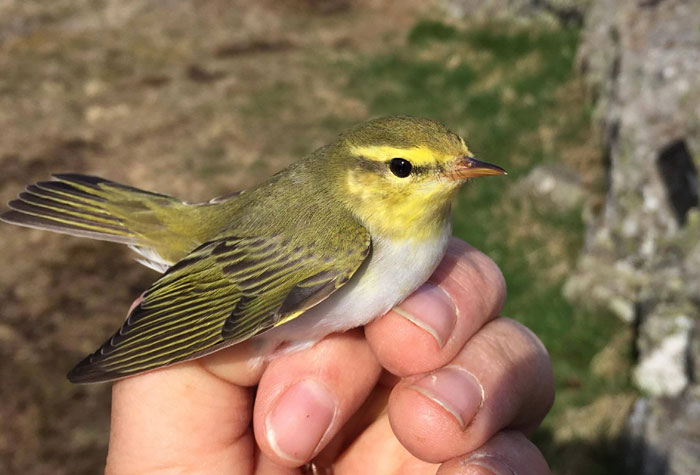